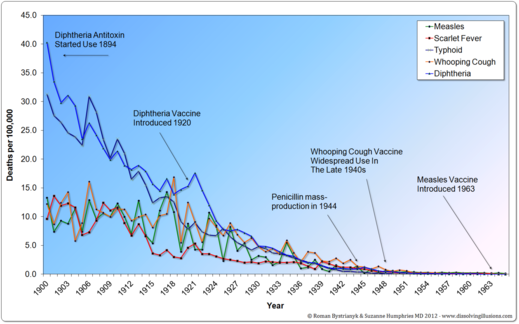 After years of contentious litigation, a federal district court in California has ruled that University of California Hastings College of Law professor Dorit Reiss constitutes a public nuisance.  She shares her vexatious new title with fellow legal beagle Robert Schwartz of the University of New Mexico School of Law, as well as Charlotte Moser from the Children’s Hospital of Philadelphia, who serves as assistant director of the Vaccine Education Center under High Priest of Vaccination and well-known vaccine shareholder Dr. Paul Offit.

Desperate Dorit, faced with paying more than $764 million in damages, has reportedly begged Supreme Overlord of the University of California, Janet Napolitano, to muster her army of allies in the global cabal to save her from certain ruin.

The trouble all started in 2015, when Reiss teamed up with Schwartz and Moser in a mission to save the floundering vaccine industry, and help usher in the New World Order of unquestioning obedience.

Together they came up with a brilliant idea:  People, if faced with the prospect of losing everything they own if they decide not to vaccinate, might be more inclined to vaccinate.  They drafted model legislation which, once enacted by the states, would hold people who don’t vaccinate themselves or their children liable for huge fines in the event of a disease outbreak, based on the theory that the unvaccinated are a “public nuisance.”

It would all be done with administrative proceedings at state health agencies, to avoid the inconvenient evidentiary requirements and jury trials involved in due process of law.  Annoying religious and personal convictions against vaccination would naturally be irrelevant.

The model legislation was beautiful in its simplicity, and promised unimaginable monetary and totalitarian rewards.  Every time any kind of sickness broke out, state health departments would simply label it an "outbreak", tally up the costs of conquering it, identify a potential unvaccinated perpetrator, and send him a bill--likely to be in the millions.  If it wasn’t paid on time, they would levy the perpetrator's bank accounts, confiscate his home and property, and garnish his wages until it was satisfied.

Unable to see any downside to this ingenious plan for voluntary medical tyranny, lawmakers across the country passed the model legislation, cheered on by a frenzied public intoxicated with germ paranoia after a long and successful media fear-mongering campaign heralding the faux miracle of vaccination.

Unfortunately, in the ensuing years, the road to nationwide conquest turned out to be riddled with potholes.  Instead of rolling over obediently under the oppressive hand of health authorities, citizens facing fines fought back in court, while local sheriffs refused to help confiscate property, insisting it was part of an unconstitutional plot to destroy the Republic.

Across the country, state courts ruled that the draconian legislation was not only based on lies and disinformation, but also constituted an infringement of religion, an unreasonable seizure of property, a deprivation of property without due process of law, a taking of property without just compensation, and imposed excessive fines, in violation of the First, Fourth, Fifth, Eighth and Fourteenth Amendments of the Bill of Rights of the U.S. Constitution.

Hundreds of citizens, accused of being a public nuisance every time a handful of people came down with a rash or a cough, raised a number of successful factual claims illustrating the lies upon which the law was based.

Some proved that “vaccine preventable” diseases were anything but, hiring independent investigators who showed that many of the afflicted were actually infected with vaccine-strain germs shed by the recently vaccinated.

Others proved that “vaccine preventable” diseases have been mostly benign in the industrialized world since the 1950’s, particularly when contracted in childhood, with the only treatment required for most being a few days of bed rest and plenty of liquids.  Therefore, any costs incurred by the State to “control the outbreak” were due solely to its unnecessary medling.

Eventually, the endless litigation brought all 21 states that enacted the legislation to their knees at the brink of bankruptcy.  Mustering their few remaining resources, the states banded together to file suit against the cockamamie trio that got them into this mess in the first place.

In a 42-page ruling brutally annihilating the defendants, Judge Prudence Lucid concluded that the model legislation drafted by Reiss, Schwartz and Moser was “an evil farce designed to destroy informed consent to medical treatment, deprive citizens of natural and constitutional rights, deceive lawmakers and the public about important health matters, and promote vaccine industry profits.”

Reiss argued that she and the other defendants couldn’t be held liable for any damages because they only drafted the legislation, which had no effect until the states enacted it.  Judge Lucid was not persuaded.  “The general public as well as lawmakers relied on the advice of the defendants, who represented themselves as experts in their fields,” wrote Judge Lucid.  “Whether that advice was based on corruption or dimwittedness, we have a duty to protect society from it.”

Reiss and cohorts also argued that they relied on the integrity of information provided by the CDC in formulating their recommendations—an argument that Judge Lucid quickly shot down, noting that "idiocy is not a defense.”

Lastly, the defendants argued that deaths from “vaccine preventable” diseases still occur regularly in the Third World, and are therefore considered dangerous—a conclusion Judge Lucid described as “ridiculous”.  The judge noted that, “for children suffering from chronic malnutrition whose only available drinking water is contaminated with sewage and industrial waste, even a pin-prick could easily be deadly.”

Judge Lucid slammed the three defendants for completely ignoring known serious risks from vaccines, including permanent disability and death, when many can easily be discovered simply by reading the package inserts provided by the vaccine manufacturers.

“All vaccines carry some inherent risk,” said Judge Lucid, “and given that vaccines are intended to prevent diseases that are often benign in the industrialize world, it is quite reasonable for people to choose not to vaccinate themselves or their children.  Those who fear “vaccine preventable” diseases and believe vaccines are effective in preventing them are presumably rendered safe once they get them--that’s just common sense.  No one has an obligation to incur the inherent risks of vaccines to protect those very few people who want them but cannot get them for medical reasons.”

Sue Moore of Sue Moore & Moore and Associates, attorneys for the defendants, vowed to appeal Judge Lucid’s ruling, expressing confidence that the “right” decision would be reached higher up on the judicial food chain.  “This legislation was the single most brilliant idea ever proposed for conquering a nation through voluntary submission to medical tyranny,” said Moore, “my clients should be worshiped on bended knee, not vilified like commoners.”

Law Profs Ruled to be a 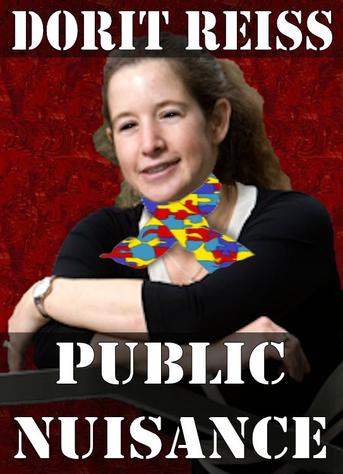