About time travel on the web... 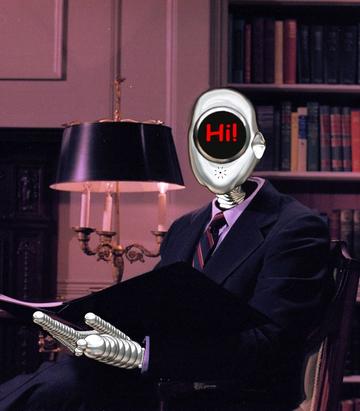 Buzz About The NWO Reporter

February 1, 2017: Ginny Stoner joins host Bill Demarest and the crew from Voices From Afar for a bit of woo. (Requires subscription.)

April 19, 2015: It may not always mean what you want it to, but the NWO Reporter has Political Art that Means Something by Jon Rappoport. 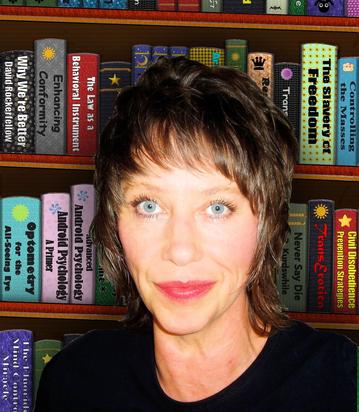 Contributing Editor Henry Foster was manufactured in 2042 by Androids-R-Us, a leading manufacturer of state-of-the-art robotic and artificial intelligence technology.

Henry is a slightly irregular model. He's a little too inclined to blunt truth, and is sometimes lacking in discretion, but the discount was just too tempting to pass up.

Still, Henry is an ideal example of the superiority of android labor. There's no chatting around the water cooler, no paid vacation or sick days, no annoying suggestions for "improving the company", and no discrimination lawsuits.  Just give him his upgrade and tune-up once a year and he's happy.

Editor-in-Chief Ginny Stoner is an attorney, artist, cartoonist and writer in Austin, Texas, in the future North American Union.

Ginny is dedicated to a glorious globalist future, where .001% of the population controls all natural and human resources on the planet; .099% are privileged minions who carry out their nefarious will; and the remaining 99.9% live an austere and obsequious existence of voluntary servitude to the global overlords.

At least, that's what she said in her resume, when she applied for this job in your glorious globalist future.