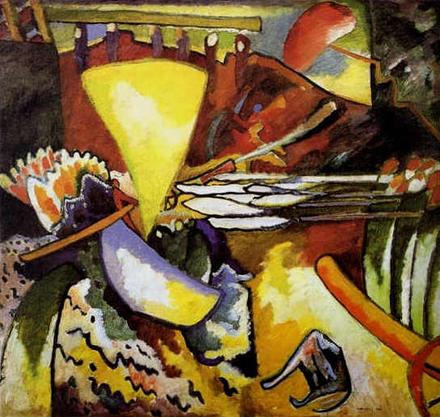 Crisscrossing America several times, I wrote poems.  Fragments.  It was not anything I saw.  It was what I made out of what I might have seen, could have seen, remembered, knew, didn’t know, dreamed here and there, because on journeys the inventions are always more powerful than the landscapes, and if you want to record THAT, you write poems, you look at them, you turn them upside down, you arrange them like postcards, and the pleasure you derive is far greater than the view through windows, or on mountains, or next to rivers, unless you’re selling real estate.

out of Chicago and Des Moines and the East St. Louis train station at 4 in the morning and Joplin where it was spring in winter and the hills above LA and the dead little cheap nightclubs in the afternoon in Santa Monica on Broadway and in 1961 Paul an old boulevardier cranky con man from New York I played cards with suddenly appeared walking out of a tunnel on the edge of San Francisco one afternoon as I was getting off a bus completely impossible…

New horizontal towns were multiplying on Long Island, stage flats of perfect symmetry coddled in the breasts of hopeful mothers asking for redemption from pill-addled afternoons and hallucinatory music cooking in shining ovens

budgets laid out neatly on Formica counters below the knives

blank-eyed children walking in the snow


Draped curtains of night in the upper Mulholland hills of Los Angeles where the mountain lion and the coyote and the mythical Greek beast roamed like penniless vagabonds, free of the Wheel, free from selling themselves…


Under poles of yellow lights, gasping midnight locomotives clamped on to lines of freight cars in the backyards of Chicago/ Plastic lilies grew in the pastures of St. Louis haberdashers and department stores


In Los Angeles, concrete sunset of three stacked freeways, a carpet of park in Beverly Hills, old poolroom on Broadway downtown, bus to San Francisco, a bum holding out his hand and saying On Venus Jesus will show you machines of love


Standing up on a hill past Albuquerque on 66, I caught a ride into into a no-name Arizona town, walked in the foggy morning along an empty road to a snow-filled cliff and stared out at a spring valley a thousand feet below

—this was before television—

then parked on a quiet lane and slept until dawn

he dropped two Thorazine and told me to drive

and his babbling about Heaven slowed down and he slept

he looked at me with glazed doe’s eyes and said

I’m crooked, son, I’ve reached the end of the line, this is it, I’ll kill myself within a month


We walked through fields of cactus east of Tijuana, into caverns of mass graves, sacrificed Aztec skeletons still stank in creek of toothless hobo Ziggurat


In Arlington, graves of the missing

shuttered herds of sheep turned away from the water


in the prehistoric hills of Western Massachusetts

a woman tiger struggles to her feet and stands

LILITH!  The exiled one!  LILITH! The charmed of the lonely!  LILITH! The warm heart and the cold mind!  She stands and breathes torrents of fragrant heat

she remembers she was born without prior cause, without permission

she redeposited the extracted sluice of language back into the river

and the petrified river ran again

she saw vividly what lay between things

she sprang the active force

she pushed over the tower

she stood the baby up on two legs

she performed acts reserved by the Sky Lunatic for himself

she said anyone could do these things

she stood on the white field

turned the dials of the sun, brought down the curtain of night, unhinged the canopy of stars, blew the scent of wild apples into the wasteland, held the moon in a cup of sand, tore away the trance

I open books in a shining arboretum, ten-thousand-foot wells pour from the sky down into stratified layers of rock…


In Elmsford, I watched a sleek black car pull up to a house down the block where an old man who grew apple trees was screaming and three men got out of the car and grabbed his arms and put him on a stretcher and took him away to the Foundation, a place where they kept the insane

he had spent every Sunday morning polishing his red car

he had once been a judge

he retired and built department stores

he kept a dog in his garage and fed it there

his son wore gray suits and drove a foreign car

on the stretcher, the old man looked at his wristwatch and held up one finger

and there was an explosion in the distance

a new war had begun


In a long, long Los Angeles bar on a slow Tuesday afternoon I counted six Hindu gods sitting on stools drinking rotgut and transmitting sign language to their Boston banker lolling outside the men’s room

the moon is setting on page one

abide by the central directive–

when you’re lying on a slab in the mortuary

tell them they’ve made a minor miscalculation

recite a few lines from scripture

and stride quickly to the exit

confess to the guards

in a bureau of functionaries

all the way up

tip your hat, grin, drop a few coins in the basket, move on


I have given you


And so it was


A column of fire


Rising out of the sea

and then he shaves my father

then he cuts his hair


purple shadows on 7th Avenue, dark pool room, old men playing three-cushion slowly, with long tapered fingers, Daumier Hals faces, and then those faces are ripped away as the floor sweeper lifts the shades and the sun comes streaming through the dust


San Diego…I am making the same proposal to you, my darling,


I pray to prayer

I deliver myself to you


we are always in between everything we thought

I’ll go with you

into the living room


on to the rust-colored couch after the storm

when the evening is quiet

the stove is ticking

the cats are roaming the lawns

walking in a park in a city…

in the middle of the afternoon    are thinking of

as long as what you want


could be in the park

and then you only have to walk with the chance


of it happening in the next few minutes

you’ll be ready   and this is the egg cracking

you’re therefore in a foreign city

where you always wanted to be


of all the sliding cities

You took the flood and made it into a tree

and a secret television station beyond reproach

South of Los Angeles…dancers arrive early in a giant room above the ocean.

Timbales, rolling cymbals, chingachcook congas.  Brass section put in harness from the ceiling.  Tito is sitting in a blue mist.  The slow vibraphone turns over and over.

jump on to roofs

sniff smoke coming out of chimneys

we walked to the shore

we walked into the ocean

we walked on the ocean floor

we discovered the oceanic mind

we swam on the towering waves

we came back to ourselves

we smelled towers of the city

we floated into the city

we rolled out on to the highways of America


we walked out of the house of melting shadows

Why  not poems reprinted here with permission of the author.