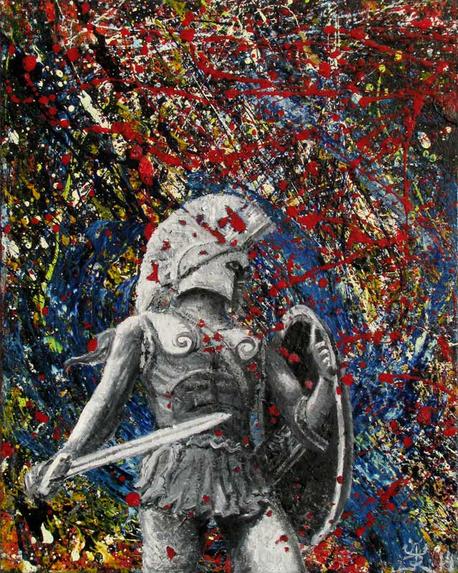 What is Your Reality?

Before the short story (fiction) below, I want to introduce a report from the Dept. of Homeland Security, which is quite real, and is published at publicintelligence.net. The report discusses Smart Cities and the interlocking technologies that are being deployed to create these Cities.

Here are a few choice quotes from “DHS Report on Cyber-Physical Infrastructure Risks to Smart Cities”:

“As technology pervades into our everyday lives, once simple devices have become smarter and more interconnected to the world around us. This technology is transforming our cities into what are now referred to as ‘Smart-Cities’. Smart Cities have been defined as urban centers that integrate cyber-physical technologies and infrastructure to create environmental and economic efficiency while improving the overall quality of life.”

“Autonomous vehicle technology enables automobiles to understand the environments in which they operate and execute safe and efficient commands based on this understanding. Autonomous vehicles can assume decision-making and operational tasks, enabling drivers to become passengers, entirely disengaged from the demands of driving…Video cameras track other vehicles and pedestrians while capturing information on traffic lights and road signs. Radar sensors similarly track other vehicles. Ultrasonic sensors support parking by capturing data on objects in close proximity to autonomous vehicles, including curbs and other cars. A central onboard computer processes inputs from these sensors and issues commands to a car’s steering, acceleration, braking, and signaling systems.”

“Advanced Metering Infrastructure (AMI) is a system designed to bring new transparency and efficiency to energy consumption in smart grids. Smart meters—part of the AMI—measure, store, and transmit energy usage data and voltage data for residences and commercial buildings within a smart grid. Unlike traditional energy meters, some smart meters within AMI systems employ two-way communication technology, often using wireless connections to send and receive data from utilities and system operators. Dispatch and management centers can also physically control the meters, with the ability to connect or disconnect power remotely.”

“AMI allows utilities to monitor, track, and influence energy usage across millions of smart meters. Although the data collected by smart meters is invaluable in helping utilities increase efficiency and manage power consumption, it also holds value for individual consumers.”

Getting the picture? Smart Cities are formed with top-down control of human activity. All possible technologies are linked together to achieve this objective.

And now the short story:

The Trial and the Testimony—

On a spring morning in the year 2042, Citizen Smith Q Smith was brought into North America Regional Court 12, in New Baltimore. The room was empty, except for Smith, the Magistrate, and three soldiers.

The Magistrate opened with the following statement: “Citizen Smith, this is a hearing, not a trial. However, I can and will pass judgment. I will now read a statement you recently published in an online magazine called Extinct Species Comes Back:

“Here is yet another area where experts and meddlers want to have the last word.

“More and more, civilization is becoming a structure in which other people are expected to pass judgments on your existence, as if by specialized knowledge and political entitlement, they have that right.

“But whatever your personal reality might be, and however you view what other people say about it, you’re the final arbiter. In the end, you decide.

“There is more. In certain quarters, it’s assumed that every individual has his own reality, and it is well formed and clear and whole, like an apple or a plum.

“Is this actually true?

“And if it is, does this reality come from a subconscious source, whose dictates are both invisible and binding? Does a person do no more than act out what is given to him?

“Why should anyone believe that? Where is the evidence?

“It’s quite convenient for someone to say, ‘Well, my reality is handed to me and I take action based on it.’ Convenient, because then he can excuse his own lethargy, his limited ambition, his preference for passivity, his unwillingness to find a larger vision that will stimulate him to take significant action in the world.

“As a result: ‘I don’t know what my reality is, but whatever it is, it underlies all my beliefs and judgments and decisions…so I take it easy, because I’m just along for the ride.’

“Psychology and psychiatry certainly support this attitude. These pseudoscientists are more than happy to step in and chatter about your reality and make their pronouncements ring with authority. Like news broadcasters, they pick up their paychecks based on their ability to sound like they know what they’re talking about. Ditto for religious leaders, who would like you to think they have the whole cosmos mapped out.

“Here is another way to approach this issue: you invent your own reality.

“You have the widest possible latitude in doing so.

“You aren’t bound by what other people think or say.

“You’re not already playing a severely limited hand. The cards haven’t been dealt.

“The most ‘reasonable’ exhortations about people having pre-formed ‘patterns,’ about which they can do nothing, is a sham. It’s a way to sound intelligent and ‘realistic,’ that’s all. It’s just another excuse.

“Here is yet another avenue of approach: you don’t have to invent a full-blown reality at all. Instead, invent a vision of what you want, what you most profoundly desire.

“That would lead you to the question, ‘What do I want?’

“I can tell you this. If you do it, all sorts of answers to questions will pop up along the way, spontaneously, and they will be your answers.”

The Magistrate nodded and fell silent. He waited for a full minute, and then he said: “Citizen Smith, I hardly know where to begin. Your statement violates many regulations issued by the Speech Commission of North America. You could be quarantined in your home. You could be sent to a re-education facility in Nova Scotia for an extended period. You could be cut off from all electronic means of communication. You could be placed in a labor squad on Plum Island. But you’re in luck. The North American Health and Human Services Force has used your comments in an experiment. A survey. And it turns out that, out of 4000 people chosen at random, only two had any idea what you were suggesting in your comments. This is heartening. What you stand for is going extinct. It makes no sense to the modern mind. Not only that, people are proud to say they don’t know what you’re talking about. They feel inspired by their own lack of comprehension. They feel elevated. Superior. Therefore, at least for the moment, you’re free to write and publish your views online. They will be used in further polls and surveys. You are, shall we say, a marker of where we are as a society. This, I hope you understand, is a privilege. Case closed.”

Smith wandered out into the sunlight. He stood on a street corner and watched people moving by. They were looking at a large hologram floating above traffic: it depicted a few dozen citizens of various regions standing in a circle, holding hands, singing one of the official ‘love tunes’ in a language he barely understood.

On a whim, Smith waved his arms, did a little dance. Nobody looked his way. Nobody noticed.

Interesting, he thought. He stood quietly in that spot for an hour. Finally, a man walked over to him and said, “Why aren’t you looking at the holo?”

The man laughed. “Let’s get out of here,” he said. “There are people I want you to meet.”

Suddenly, the holo disappeared. So did the street and the people and the traffic.

“What the hell just happened?” Smith said. He shivered like a dog coming out of the rain.

“Your eyes adjusted,” the man said. “Look around you.”

Smith saw they were standing on a road. The road led to a small forest, and beyond the forest a few towers rose.

“Those towers belong to a few of us,” the man said. “We’re the only ones who know they’re there.”

​(What is your reality? reprinted here with permission of the of the author.)