November 12, 2042
Troubling news has just been received that a tetanus vaccine distributed in Africa this year was contaminated with human chorionic gonadotrophin (HCG), an antigen long known to cause spontaneous abortion and long-term sterilization for many of the unfortunate women who receive it.
This year marked the 32nd time in the last 40 years that a vaccine generously donated by the Gates of Hell Foundation to save poor people in resource-rich areas of the Third World was discovered to have been accidentally contaminated with the alarming abortifacient.  The cause of the reoccurring taint remains a complete mystery, in spite of heroic ongoing efforts by the World Health Organization (WHO) to halt the repetitive HCG snafu.

In response to the most recent crisis, the WHO has formed a new task force to conduct an in-depth investigation into why the previous 31 task forces charged with halting the recurring HCG contamination were so ineffective.

NWO Reporter contributing android editor Henry Foster spoke with WHO spokesman Dr. Ernest Obfuscation to address troubling claims by the Kenya African Doctors Association that the HCG contamination was deliberate.  Apparently, suspicions were aroused when the tetanus vaccine was given only to women of childbearing age, in more doses than usual, prompting the group to submit specimens to an independent lab for testing.

"Our track record of integrity is impeccable," reassured Dr. Obfuscation, "the WHO has carefully reviewed the contamination and determined it was an unfortunate and inadvertent error, just like the previous 31 HCG contaminations.  The press has been informed of our conclusion, and not a single reporter from the mainstream media has raised any question of its validity.

"It's important to remember that in industrialized nations, we have the sophistication to exercise unquestioning acceptance of the dictates of medical authorities," explained Dr. Obfuscation, "but unfortunately, indigenous peoples are too primitive to possess our superior wisdom in that regard.  They harbor irrational superstitions and distrust of Western medical personnel, just because death and disease often coincidentally follow in their wake."

Henry Foster hit the streets next to get a citizens' perspective on the vaccine contamination news.  After interviewing 72 random passers-by on the campus of the University of Texas-Austin, he found someone who had actually heard about it.  Ann, a junior in social network marketing, expressed her unqualified support for the WHO's findings.

"If the WHO says it was accidental, why would I question it?" said Ann.  "Even if it wasn't accidental, if they said it was, they must have a good reason for saying it.  Maybe they think the natives are too dumb to realize they need to stop having babies, which they probably are."

"Do you think the WHO might decide the same thing about you?" Henry asked her.

But all he got was a long, blank stare for an answer. 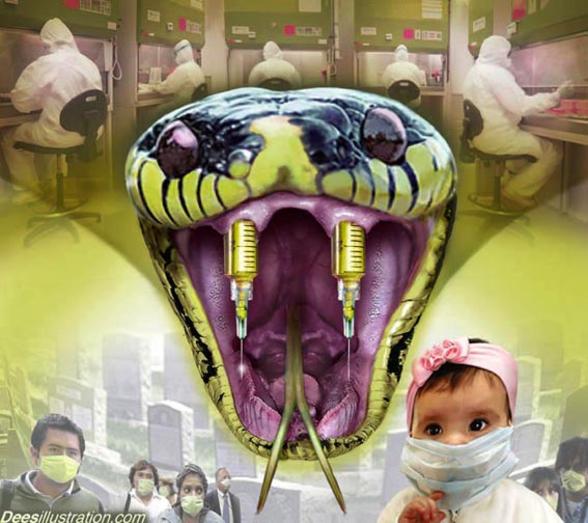