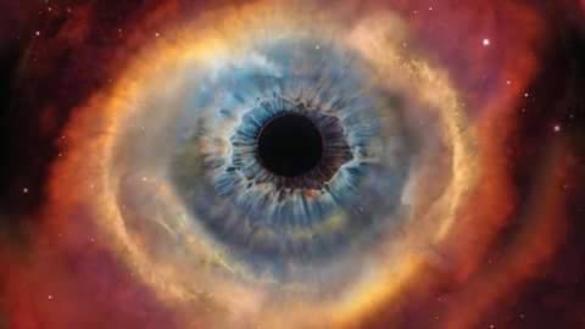 Here are several ads from an interdimensional newspaper that might prove informative:

A UNIVERSE FOR THE WHOLE FAMILY! Do you want to pass on your genes to millions of future generations? Of course you do! Why else would you be alive? In our universe, we supply a government that forbids gene waste and enforces endless generational procreation. Square dancing, ping-pong tournaments, celebrity-look-alike performers on weekends.

COLLECTIVE GOO UNIVERSE FOR ADDLED MINDS! Be part of the Great Doofus! Delete thinking! Experience the thrill of melting down in 24/7 love with the All One Thingo! At first you’ll feel icy winds whipping through your separated soul on the plains of cruel choice. But then, at the last moment, in the deepest well of desperation, a radiant Whatever will clutch your sacred yearning and shoot you up on to on a cloud of honey, and transport you to a fortress where our patented pink ooze floods your being and you realize this is your home forever! Soft rock piped in, lake of marshmallows, electro-massage units. One and two bedroom apts.

NATURE IS NATURE UNIVERSE! Hunt for 60,000 years, merge with the environment, hear the roots grow; climb trees, live near Al Gore, jog with Prince Charles, bathe in snow, chant in monotone, blow up evil machines in distant cities. Exclusive Gaia tweets. Become utterly convinced there is nothing else! Raise children as primates!

AT LAST! THE SOULMATE UNIVERSE! Let us design your agonizing quest for the other half of yourself. You met a stranger for 18 seconds in a hotel bar? He’s here! Receive your initiation rites in the Oprah Palace and journey out on to the landscape of despair. Lifetimes of near-synchronicity…and just-misses…and then….but we can’t give away the glorious ending. You know you want it, so let us build this low to mid-range IQ universe with billions of extras and millions of planets. Herbal wraps, hot stones; vegan paramedics on call.

KING OF THE HILL UNIVERSE. You can be in charge. You can be the boss of bosses. Commit untold numbers of acts that would be considered capital crimes with special circumstances in other universes. Live in a Palace all others are denied. They’ll worship you from afar, night and day. But your identity will remain a mystery. Henchmen will oversee the building of great cathedrals in your (generic) name. It’s a kick!

VICTIMS PLUS! Have you been inventing a story of oppression that’s somehow never been accorded its proper due? Well, in our universe, we bring in the sheep and put bows on their necks! This your place! All the tables are turned. For once (and forever), you get what you deserve! Lavish benefits! Learn the necromancy of bureaucratic interactions. Work the system as it’s never been worked before! Choose from a catalog of disorders. Full insurance coverage extended to family members.

THE END OF IMAGINATION UNIVERSE! Have you finally reached the end of your tether? We have attractive life paths for trillions of serial incarnations. You’ll go with science, you’ll go with money, you’ll go with pills. We have it all. Our calibrated partial-amnesia treatments will saddle you with just enough doubt to make you wonder whether you’re doing the right thing…and yet, in the end, you’ll submit to a mysterious Greater Pattern. Geometric homilies, frog boiled slowly; we’ll keep you hopping! Try our new on-and-off paranoia option. Inquire about liability. Ask yourself if the End of Imagination Universe is right for you.

And a small classified ad: “Universe invention=You. For details, send $16.95 and self-addressed stamped envelope to PO Box 43920518-A, Altoona, Pennsylvania.

“Insanity—to have to construct a picture of one’s life, by making inquiries of others.” –Philip K Dick

We’ll shave down your perceptual field so you can fit in with eight trillion-trillion androids.

Hi, I’m Tom Smith. I’ve lived here, in Universe 2-A-46, for many incarnations, and I want to tell you it’s the most fun place you can imagine—especially when you can’t imagine any other universe!

Know what I mean?

On a scale from 1 to 10, your creative impulse will be coming in at about .005. That’ll cement you right into the limited spectrum, where all the action is.

So you’ll feel the satisfaction of genuine participation.

Next, you’ll actually get down on your knees and pray to this Universe. I know, it sounds odd, but don’t knock it until you’ve tried it. There’s a special hum you sense when you’re subjugating yourself to a “higher essence.”

Jack Boardhead writes in and says: “It’s a soft jolt unlike any other I’ve ever experienced.”

Thanks, Jack. My regards to the wife and kids. I understand Cindi starts online community college in the fall. Kudos!

Yes, folks, there really is a sense of family in this universe. People liking people. We’re all in this together. Since you’re a stakeholder, you’ll be in touch with us at the home office, and we’ll be using your testimonials to sign up new residents. There’s room for everybody! If there’s one thing we’ve got, it’s space!

So act now. Buy one ticket, get one free. Plus, as a bonus, the food processor, the set of cups and saucers, the booster narcosis meds, and the exercise pool. And since this is Tuesday, we have a special! Cemetery plots for the whole family, and storm windows! Automatic pre-diagnosis of Bipolar and free drugs for the first year!

Operators are standing by, so call now. If your last name begins with S, free tickets to Sea World!

Note: Once a year, we present our lottery/charity altruism draw. Name a friend or family member, and if you win, we’ll surround him with 3-D holographic heavenly hosts, and outfit him with a convincing Lost-Prophet-Returns scenario/cover story/legend. He preaches, he’s rejected, but in the fullness of time, he becomes a demi-god. Do a favor for someone you love. It feels good!

Universes for Everybody, Don't Wait, Act Now reprinted here with permission of the author.