Aggressive negotiations are underway to reach an agreement for a new international agreement known as the Treaty on the Secrecy of Treaties. The TST is intended to ensure that the terms of all future treaties will be held in the strictest confidence until they are passed into law and even afterward, revealed only to select government officials and the public on a "need to know" basis.

Key backers of the TST are trying to approve a “fast track” procedure this week that would prevent Congress from having any meaningful input into the agreement, or to have the opportunity to debate it.

"It would be counterproductive to debate a treaty designed to prohibit any future debate about treaties," said a spokesman for the U.S. Trade Representative, the organization responsible for negotiating treaties. "History has shown that the number one roadblock to progress in the New World Order is full disclosure and open debate. The TST sends a firm message that treaties are best left to experts in international industry and their top government allies."

The Treaty on the Secrecy of Treaties is designed to prevent the problems faced by the Trans Pacific Partnership Agreement (the TPPA) back in 2015, when opposition to its secrecy stymied the efforts of powerful leaders in industry and government to conquer the restraints imposed by national sovereignty and public interest.

"We planned on a quick pass for the TPPA by saying its terms were secret for reasons of 'national security'," said a TPPA insider. "Most government representatives were fine with that, since it saved them the effort of pretending they'd read it.

"But a handful of troublemakers with antiquated ideas about open government and the best interests of the public put a damper on everything. If only we'd had the Treaty on the Secrecy of Treaties back then, we might already have the glorious global oligarchy we've been working toward all these years."

New Treaty on the Secrecy of Treaties 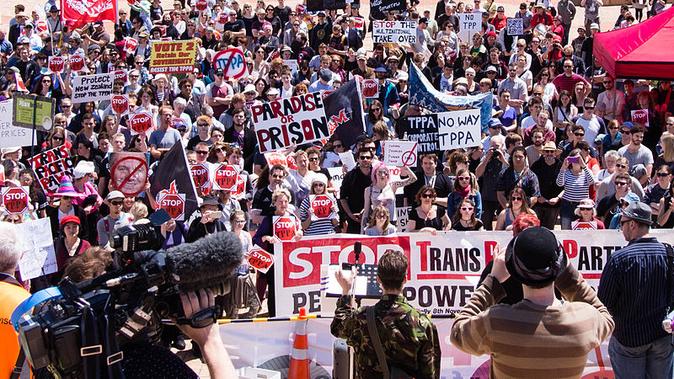