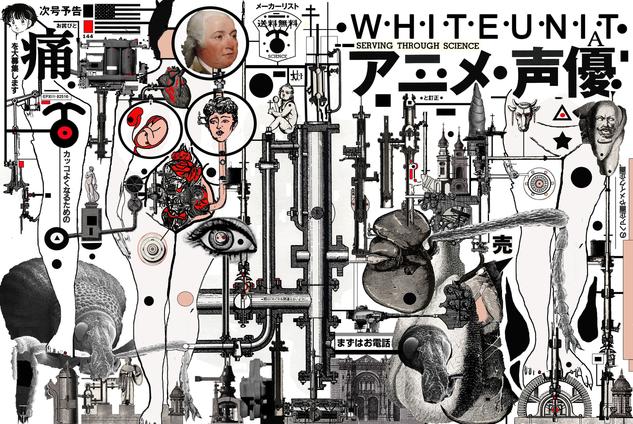 Psychics and telepaths were discovered in the late twentieth century. Laws were passed to make sure they were regulated and controlled. A government agency was set up and men and women went around the country gathering up telepaths and psychics.

Noah’s father did his part to protect the country, just as Noah was doing now. Years ago his sister developed abilities. His father reported her and she was taken away. Now his own daughter was being examined by the agency to see how far along she developed. He waited for the agency person enter his house.

His heart shot into his throat when he saw her. She only gave him a cursory glance before walking into the house.

“Noah if you will show me to your daughter I can see how far along she’s developed,” said the woman.

“Yes,” he said. He escorted the woman down a short hallway to a bedroom near the bathroom. “She won’t be harmed.”

“No, it’s a simple and easy test,” said the woman. She was tall, nearly his height of five ten. Her hair was brown like his and she had green eyes like his.

“Carol is here,” said Noah. He opened a bedroom door. An eleven year old girl. She had the same brown hair and green eyes like he and his sister did.

“This shouldn’t take very long,” said the woman. Noah returned to the living room. He sat down on the leather couch. Putting his hands on his head he thought about how his father mentioned it was better for them and for the country to get rid of her. He almost felt better now.

Minutes later he heard footsteps. Looking behind him the woman walked over to him. She sat down in a chair in front of him. She place her hands on her blue dress pants. Tapping her fingers she waited a few seconds before speaking to him, “There’s good and bad news.”

“She’s already stage three,” said the woman. She almost reached for his hand, but backed away.

“That means you have to take her?” asked Noah.

“You figured she was before I arrived. That’s why your wife and sons aren’t here?” asked the woman.

“I was her age when I was taken,” said the woman. She looked towards the hallway. He checked and saw a shadow move backwards to the room. “I was stage two.”

“Stage two. Stage three. What do they mean?” asked Noah.

“Since this is a special case I might ask my superiors to see if they can allow me to provide more information,” said the woman. She placed both hands on her knees and closed her eyes.

Noah didn’t know what to do. He looked at his TV remote and then his computer in the corner of the room. He wondered if he should check on Carol. He then looked over to see the woman open her eyes suddenly.

“I can tell you about the stages,” said the woman. He relaxed. She could tell. “First stage is discovery, we learn about what we can do. It’s usually frightening and sometimes traumatizing when we see into someone’s minds.”

She took a breath, “Stage two is when our abilities grow and they become noticeable to others. Three, Carol’s stage is alarming. It’s when we gain control of our abilities and start to test them.”

“Yes. For others,” said the woman. Her voice changed and sounded more serious.

“What do you mean?” asked Noah.

“Stage four is mastery,” said the woman. “It’s when they know how to completely control all their abilities and can begin controlling others.”

“How long do you think it’ll be before she becomes Stage four?” asked Noah.

“It’s hard to say. It differs from person to person. It took me ten years to go from three to four,” said the woman. “But she already is at three. It might not take her as long.”

“No. Things have changed since I was her age. We now control the Agency and have more freedom. You can call your wife and have her and the rest of your families say their good-byes in person,” said the woman. She stood up. “If you don’t mind I’ll help Carol pack.”

He pulled out his cell-phone and dialed his wife. “Would you like to stay for dinner?”

“Yes,” she said. The woman walked towards the hallway. “Anyway we might have to discuss how we’ll handle the holidays.”

“Thank you,” he said, as his wife answered the phone. “We just have to figure out what to eat.”

“I’m sure you remember some of our favorites,” said the woman. “And Noah.” He looked up at her. “Thank you for naming her after me.”