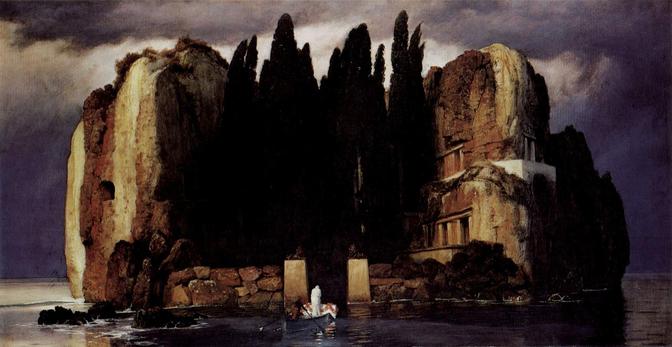 The Sandman: A Short Story

They invited me through the door into the room in the desert.

It was not a place I’d ever visited, and perhaps I’ll never know who they were.

But I was in the room, and there was a man sitting at a steel table. That’s all. The room was white and bare.

This man was looking at me and so I began to speak to him. I don’t remember what I said. I only remember I made every effort to get through.

At moments he seemed to grasp my words, but each time I felt he was on the brink, he looked away and lapsed into his doldrum.

He was in a frozen universe. He was the final and ultimate distracted king of that place. It was all his.

I watched as a series of things happened then. A explosion tore away his castle and lit it on fire. A hand floated through the air and ripped the crown from his head. A tiger approached him and dispensed foul breath into his nostrils.

The man, the king, fell apart. He fell into pieces of plastic flesh that clattered on the floor.

The tiger walked into the wall and through it.

I understood this was my initial introduction to…life on Earth.

I had come from a long distance, and it was meant to inform me of some particular truth.

But what was it?

In those days, I was earnest. I had not yet set myself up in the Western desert as an entrepreneur peddling waking dreams.

In those days, I was looking for the single thing, the clue that would lead me to understand the resident species.

Gradually, in the months after my visit to the room, I began to fathom the lesson. By various means, the residents were turning into bereft creatures. They were involved in a process of emptying out their minds. They were dedicated to this goal, above all others.

They were devotees of the reflex. A thing happens; they respond.

It took me several further years to realize the content of the response made no difference at all.

Ten billion people could pick up a spoon; they could go to war; they could order ice cream.

They were driven to find a sequence in which all would participate.

This, they calculated, was a religion.

And they were arriving at their objective.

One by one, their leaders, who were sure they could remain above the fray, dropped off into the pit below. One by one, they lost their position and joined the rest of humanity.

And in this joining, there was great praise, as if the fall were proof of concept.

As a purveyor of dreams, I had a clear field for my operation.

I set up shop, and I sold them for a mere few dollars. I shaped these dreams—and this is the secret—so they would contain no endings.

They would wind off into murk and fog and cloud and vanishing point.

Living through such a dream would leave a trace in the psyche, a question, a doubt, a disaffection.

A thing to which no reflex would suffice.

It is how a world is born, or reborn.

The subsequent search demands ambition, desire, self-appointed thought, and imagination. From the depths of the swamp, these qualities surface.

My customers are not happy (as they previously defined happiness), but they move, and they learn to pay attention.

Some come to understand that the emergent qualities of the search ARE the goal, and having come back into their possession, they can live again.

They can, each of them, observe the collective reflex in its variations. And each of them can begin to create.

Of course, I only peddle dreams. I don’t claim to do anything else. I am viewed as a kind of entertainer.

I have my little stand in the lobby of one of the great casinos of the soul, where gamblers lose everything they have, and stumble over to my counter on their way out to the desert.

I don’t call my waking dreams stories, because stories imply a pattern. I avoid patterns because at some point I realized they were boring.

One day a man I’ll call a pit boss came over to me and said he could introduce me to the owner of the casino, a king who could make me famous.

“There’s only one thing,” the pit boss said. “You’ll have to change the content of the dreams. You’ll have to repackage them as Hope. That’s what you need to sell. That’s what we sell, and that’s what people want to buy. It’s our religion. We sell an invisible entity. No one sees it, him, her. But they know the entity is there. They know it because they can’t find the quality of the entity in themselves.”

He beamed. “Exactly! Now you’re catching on. Hope is religion is politics. It’s beautiful. It works. It always has. We have a whole lot of front men. They seem to be doing different things, but they’re all doing the same thing. They sell the same thing in different packages.”

I looked at this pit boss very closely. I saw he was made out of steel. It would take a long time for him to decay.

I handed him one of my waking dreams. He looked at it. I heard a soft sputter. Then there was a clanking noise.

“But maybe,” I said, “the person who designed you can take a look at the dream.”

“How far back do these machines go?” I asked.

“Way, way back. Back to the original machine.”

He nodded. “That’s the ultimate article of faith. A machine that sprang up out of nothing. A miracle.”

He went silent. His eyes froze. He stood there.

He had ceased to function.

A small piece of paper appeared in his hand. I took it. There was a message:

“Hello. I am the president of Consolidated Universal Networks. I think you may have a future in television news. I am always looking for the next great anchor. If you’re interested, just wave your hand and a representative will approach you.”

This happened many, many, many years ago. I’m still here, peddling my waking dreams. It’s interesting work. I’ve yet to experience any symptoms of boredom.

​(The Sandman: A Short Story  reprinted here with permission of the of the author.)