Schools have been under fire for years for not teaching children the basic skills of logic. School administrators have resisted introducing logic into the classroom, concerned it would unleash a landslide of questions about curriculum that has long been considered settled.

“There’s only so much time in a day,” said Google Junior High head masters Sid Down and Chad Upnow. “Our schedule is already filled with the essentials, like Revised History, Consensual Current Affairs, Finding Your Niche in a Transhuman Pansexual World, and Speech for the Language Intolerant.

“We have 3 full minutes per class period allotted for student questions. It’s more than adequate, ever since we introduced the enhanced fluoridation program and the triple vaccination schedule.”

But standardized curriculum doesn’t grow on trees, free for the picking—it falls on teachers’ heads like rotten apples.  So when the Global Ministry of Education said it was time to teach New Logic, schools opened their funding pocketbooks and squeezed it into the schedule.

The New Logic curriculum has been carefully developed by a team of educational experts, trained in the art of guiding young minds around the minefield of free thought. The program covers deductive and inductive logic, using a series of simple diagrams and plenty of real-world examples to help kids utilize what they’ve learned in their daily life.

Kids learn that deductive logic starts with a statement assumed to be true, called a premise, which is used to form a conclusion about something else. While traditional logic taught that conclusions are only true if the premises are true, this layer of confusion has been removed in New Logic to satisfy  children’s deep need to feel certainty in a complex world.

One of the most frightening situations kids face is when they encounter information that conflicts with what they already know—a danger experts call cognitive dissonance, which can potentially lead to serious mental illness.

To guard against this hazard, students are armed with a basic deductive logic formula:

Not only does this formula protect students from cognitive dissonance, studies have shown it also quadruples self-esteem—a benefit that continues well into adulthood.

Next, students move on to the trickier question of how smart people fill their heads with knowledge. The answer is found through inductive reasoning, which teaches kids to use their existing knowledge to draw conclusions about what else is likely to be true. The basic inductive formula teaches kids that:

Variations on the basic inductive formula can be used for all kinds of reliable information sources, such as experts endorsed by the government and multinational corporations, major media, official textbooks and celebrities.

New Logic also teaches kids to be wary of false information they may read or hear, commonly known as “conspiracy theories”. The basic formula is:

This easy-to-understand formula helps protect kids from insidious disinformation found all over the Internet, and contaminating the shelves of book stores and libraries.

New Logic will be taught in all schools starting in the 2044 school year. Parents should not be overly concerned that they won’t be able to help their kids with their logic homework. Experts believe most adults have already picked up the basics of New Logic organically, even without formal training.

Kids are about to get a whole lot smarter. 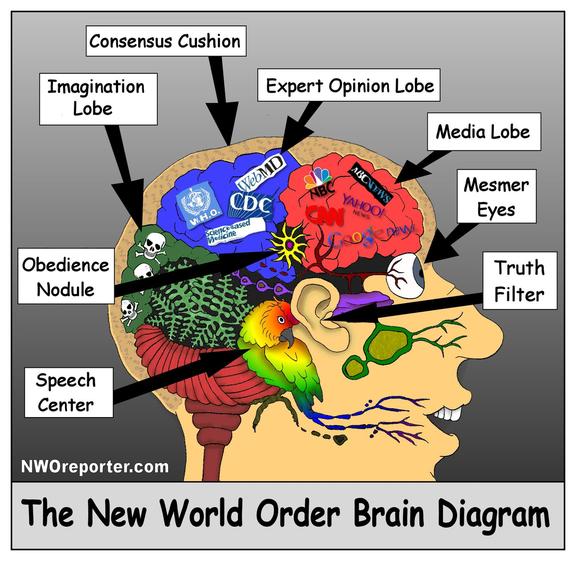