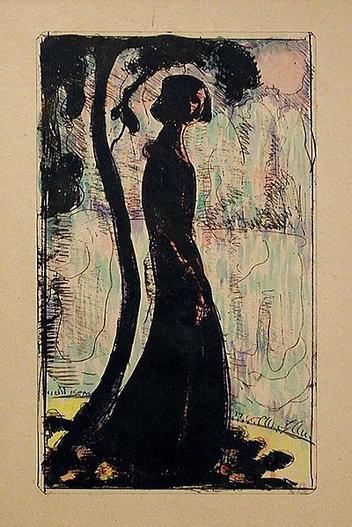 The artist dispenses with ordinary reality like a man taking off his hat. It’s an obvious action. It makes no difference how many people want the hat to sit on the head. The artist goes his own way.

Dostoevsky’s Crime and Punishment wasn’t sitting in some cosmic library waiting to be written. There are people who actually believe the novel was already there, but it isn’t true.

The artist is always dreaming up other worlds.

Whether he is sitting on top of a mountain of his own imagination or swimming in the depths of undersea caverns of his own invented time, he proliferates. He builds space and time and then sometimes destroys them. He takes pieces of rubble and assembles them into new entities.

He robs history if he decides to, and then he transforms it. He holds universes in his hand, and then he makes them disappear.

The artist has always been outside society. It makes no decisive impression on him, because it is founded on rules of organization. The artist shows people, if they can see it, how foolish organizations are, because he creates something beyond The Group.

He is leading edge of consciousness, beyond the clap-trap of religions and governments and spiritual systems and homilies. He knows systems are closed, and he is dealing in what is open.

The sun comes up and the sun goes down, but the artist can make the sun appear and disappear a hundred times in one day, if he wants to.

While everyone else is trying to manufacture connections to the group, under the banner of a false sense of community, the artist is going in the opposite direction.

Philip K Dick: “Insanity—to have to construct a picture of one’s life, by making inquiries of others.”

Imagination is a cardinal virtue. It has no boundaries. It has no ironclad tradition. It doesn’t ask for favors.

The real revolution, whether it takes a hundred years or ten thousand years, will consist of artists holding nothing back. And everyone will be an artist.

And then, as a sub-factor, a decidedly minor factor, society will be formed around artists.

Society will obviously look nothing like what it looked like before. Comparing that day, that future to the present will be like comparing an old machine to a billion paintings.

Holding on to slogans of the past will be futile—as if anyone would be even faintly interested in such a foolish preoccupation.

The future will be the future of art.

​(The Artist  reprinted here with permission of the of the author.)