Flags across America fly at 1/3 mast today after the terrorist bombing of a raptor center specializing in rehabilitating and rewilding aboriginal birds, which, prior to the international referendum on Animal Slavery of 2019, had been referred to as “pets.”

This vicious and senseless act of violence resulted in the mass slaughter of 164 innocent Avian-Americans, including a parakeet named “Petey” who was to have been released that very day. So far, few details on the perpetrators have been released.

Barb Siguenza-Johnson, head of the Equal Interspecies Opportunity Agency decried the easy availability of hairspray and Fourth of July sparklers, which were the weapons used to bring down the raptor center.  “Anyone, including our youth, can currently gain access to these items, and they can be purchased without a license or registration. In fact, millions of homes across the nation currently house these weapons of mass destruction. Today, it was a raptor center.  Tomorrow, it could be an arboraetum.”

The call for more stringent regulation has been heard by Congress, which immediately drafted several bills calling for a complete ban, now in committee.

This tragedy also marks the debut of the country’s new flag lowering system.

In accordance with guidelines developed by the Commission On Collective Grieving And Symbolic National Tragedy Recognition, the decision to go with .33333333333333 instead of the traditional half mast was based on algorithms developed in a joint partnership between Google-Facebook and government agencies, which measure the emotional sentiment of the nation based on the wording of search queries and the number of “likes” on social media posts related to the topic.

This data is then correlated to specific points on the flagpole, allowing for a much more robust range of symbolic emotions.

As explained in a statement from the COCGASNTR, “The most salient factor of any tragedy is our reaction to it, since this is what drives policy.  With the new system, the exact placement of the flag is based on the most popular reaction to the tragedy, making it significantly more powerful.  Seeing flags lowered to the prescribed height is a reminder for everyone to adjust their response to match consensus and grieve accordingly.”

Issued nationwide in an 18,742-page document, the flag placement guidelines cover over 7,000 categories of tragedies, although the list is expected to grow.

So far, the reaction to the new system has been positive.  Sgt. Steve Campbell, who serves his country in the war against terror as a remote drone pilot, puts it this way, "With so many tragedies going on around us, sometimes it's hard to know how to react.  When I saw that flag flying so low this morning at reveille, I thought of those poor little birds and it brought a tear to my eye. It really puts things in perspective." 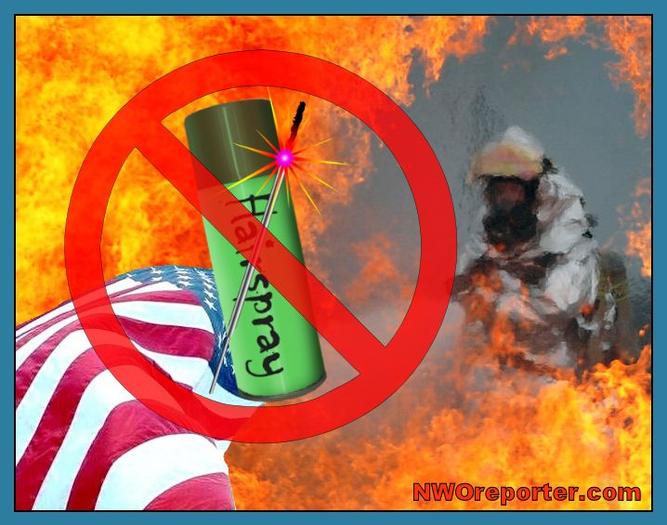