Foster:  Thank you for taking the time to meet with me today, Mr. Faber.

Faber:  My pleasure, Henry.  Please, call me Scott.  I'm just an ordinary man of the people.  Sure, I profit handsomely from playing both sides of the GMO game, but that's just part of my insider charm.

Foster:  I'm impressed with your success on the GMO labeling initiative, Scott.  Tell us how you did it.

Back in the early part of the century, we were at a crossroads.  The biotech industry had discovered a way to take control of global food production, and speed up the lackadaisical pace of Mother Nature.  They decided to sell GMOs as a way to save the world from starvation and increase food production.

But there were a bunch of bothersome Luddites who demanded data to prove the industry claims, and to show that GMOs and the chemicals used to grow them were safe.

Of course, that information was all proprietary.  The industry needed another way to pacify the people for awhile -- long enough for GM pollen and chemicals to spread to all corners of the world, until eventually, there could be no going back.  That's where I came in, with the labeling initiative.

Foster:  You mean it was a diversion?

Faber:  I suppose you could say that -- a necessary one.  The average person just isn't sophisticated enough to understand the value of centralized control of the food supply by large corporate interests.

And it didn't help that some people were still clinging to the antiquated notion that science should try to understand nature and work with it, instead of trying to conquer it.

Foster:  It sounds like you had a big challenge ahead of you.

Faber:  I couldn't have done it alone, Henry. Seizing control of the global food supply requires a coordinated effort between all of the major cartels.  The biotech industry wouldn't be able to operate without the chemical industry to supply the pesticides and herbicides needed to make the crops viable, and neither one would be able to operate without government officials to act as gatekeepers to pacify the people and fend off the watchdogs of humanity.

The cooperation of the medical cartel was also critical.  We knew doctors would start to see more cancer and other types of health fallout, and if they started pointing the finger at GMOs and chemicals, the gig would be up.  But they quickly realized that an unhealthy population is a profitable one, so they just ramped up their "search for a cure" programs and watched profits soar.  It was win-win all around.

And of course, it's always vital to have the media on board -- if people started hearing a lot of negative buzz about GMOs, they might start to get counterproductive ideas.  They'd already been in the pocket of the cabal for years, so it wasn't a problem.

As the GMO battle heated up, we even had to call in the military on occasion, when crop sabotage got too hairy in some parts of the world.

Foster:  Wow!  I had no idea GMO operations were so complex.

Faber:  It's on a need-to-know basis, Henry.  As long as everyone focuses on the labeling, things will continue to run pretty smoothly.

Faber:  Whoa, Henry!  Enough already!  Don't you realize all the power and revenue that's at stake if the genetic modification miracle goes down?

You need to start listening to your officials a lot more closely.  Stick with the mainstream media, or the controlled opposition alternative media, instead of wherever it is you're getting your information from.  That should set you straight.

Foster:  I appreciate the advice, Scott.  Do you have any last words for our audience?

Faber:  Well, Henry, if everyone will just remember to trust their government and the cabal, and realize they can't do anything to change the world even if they wanted to, the New World Order plan can continue to move forward on schedule.

Foster:  Well said, Scott.  If no one trusted their government or the cabal, and everyone tried to change the world, we wouldn't have our glorious New World Order at all!

This has been quite an enlightening interview.  Thank you so much for being here today, Scott. 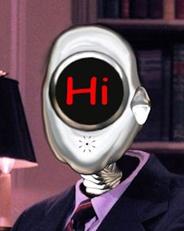 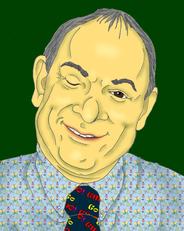 Scott Faber Expounds on the

Genetically modified crops:  They are widely recognized as the last great hope to save the world from the pernicious evils of food self-sufficiency, heirloom seeds and selective breeding.

Leading the battle for centralized control of the world food supply is the biotechnology industry.  With selfless commitment, they acquired a lifetime supply of heirloom seeds for the Global Cabal and their progeny, tilled organic gardens in remote areas of the world, and set out to spread the miracle of terminator seeds and chemical pesticides and herbicides throughout the rest of the planet.

NWO Reporter contributing editor Henry Foster sat down with the main man on the front lines of the GMO battle:  chief spokesman for the controlled opposition, Scott Faber.

A leader of the "Just Label It" movement, Mr. Faber played a critical role in instituting the friendly "GMO Enhanced!" food label, so everyone would know just how lucky they were to be eating it.​ 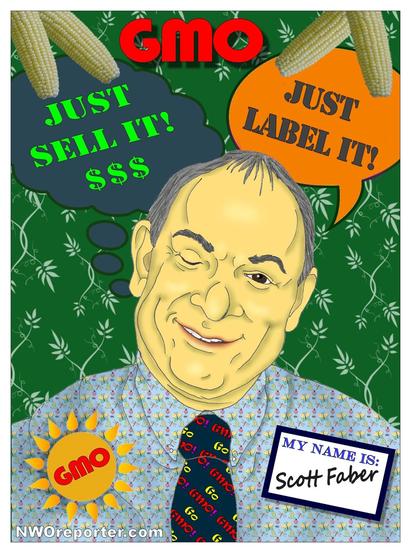