Robots: A Play in One Short Act 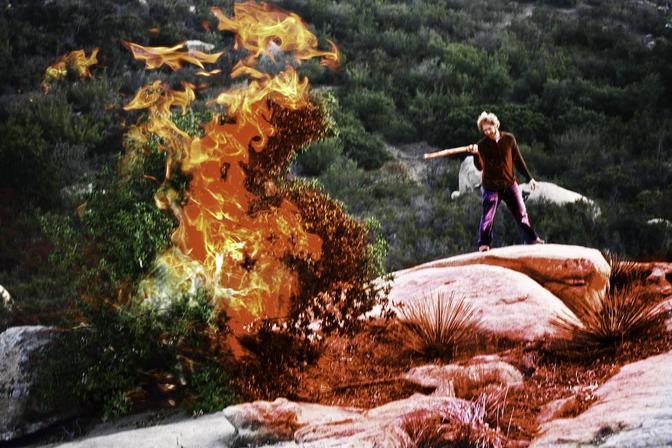 “One day, robots, androids who look exactly like human beings, will gain the status of beloved pets. From there, they will rise, in popular estimation, and they will be viewed as humans. Then, perhaps, ‘more than human’ will be applied to them. Meaning they are superior guides and wisdom figures. Destroying an android will carry a long prison term—the furthest thing from sending someone’s Kia over a cliff.” (The Underground, Jon Rappoport)

He entered a small windowless office to receive his mandatory exit interview with a company psychologist.

Psy: Well, Smith, it’s my job to deal with any lingering feelings you may have.

Smith: You mean besides resentment, anger, disappointment, fear, confusion, and a desire for revenge?

Psy: Yes, besides those standard reactions. Other than that, how are you?

Smith: I met my replacement earlier today. He’s a robot.

Psy: Because you couldn’t continue to lead the team?

Smith: What? Of course not. I felt ashamed because he was mouthing the same slogans I’ve been mouthing for ten years.

Smith: No, I don’t think you do. I realized I had been no better than a robot myself.

Psy: But robots are good.

Psy: That’s a question we could sit here and discuss for a very long time. There are opinions on both sides.

Smith: A robot is programmed to carry out functions. It has no freedom. Humans make choices.

Psy: Again, that’s a thorny issue. Robots have many options.

Smith: Anyway, I felt ashamed. My replacement sounded exactly like me. I should have been doing something different all these years.

Psy: Are you serious?

Smith: I should have been showing my people they’ve been acting like machines. We’re all imitating machines.

Psy: Imitating machines is a strong plus. Your record shows you’ve been an outstanding leader.

Smith: I should have tried to wake my people up.

Psy: I don’t know what that means, Smith. But if it involved reducing efficiency, you would have headed down a very dangerous road. You could have been prosecuted for interfering with established production quotas set by the federal government.

Psy: I hope you’re merely experiencing a temporary lapse of judgment. Otherwise, I would be compelled to report you to the authorities.

Smith: All these years, I’ve been acting like a robot because I wanted to feed my family.

Smith: But I’ve been divorced for eight years, and, ever since, my wife and daughter have been living with a man who makes a very good living. My wife married him.

Psy: There is no such thing. There a variety of programs. Some are more efficient than others. I can offer you several. They’ll help you adjust to your new status.

Smith: Save your breath. I don’t want them.

Psy: Are you aware of the burgeoning adjustment industry?

Psy: As more and more people are put out of work during the Robot Transition, they need help. I’m sure I can secure you a job with the agency that facilitates Unemployed Worker Adjustment. It’s a counseling position. Within a short time, you could be training the counselors…and then, who knows? You might end up training the trainers who train the counselors.

Smith: This is a government agency?

Psy: Yes. The standards are lower than ours. It might be a good fit for you. You could complain a bit, take long lunches.

Psy: Don’t be so hasty. This agency is developing a unit that specializes in rebellion rhetoric.

Smith: You lost me.

Psy: Well, with the Transition, there has to be some sort of citizen pushback. The feds are putting that together, organizing it themselves.

Smith: To make sure it doesn’t go anywhere.

Psy: To make sure it’s manageable.

Smith: I don’t even want to think about that.

Psy: Someday, the President of the United States will be a robot.

Psy: The New Age is passing you by, Smith. You’d better get up to speed.

Smith: I mean you’re kidding because, for as long as I can remember, Presidents have been acting like programmed robots.

Smith: Are you’re a robot?

Psy: That proves my point.

Psy: Robots are as useful as humans.

Smith: Whoever or whatever you are, you’re warped.

Psy: “Warped” is a value judgment. I don’t engage in that kind of speculation.

Smith: You’re all about efficiency.

Psy: Correct. What else should I be about?

Psy: How do you know my calculation was correct?

Smith: I trust you.

Psy: “Trust” is a strange word for you to be using.

Smith: I trust you to come up with the right answer every time, and I also trust that it’s the wrong answer.

Smith: You wouldn’t. Your programming is literal.

Psy: I understand metaphors and similes and a whole variety of colloquialisms.

Smith: There is no you.

Psy: Of course there is.

Smith: “You” is a fictional piece of programming. It’s a package that was installed to convey the impression of humanness. Also, “you” don’t understand anything. “You” respond. Understanding is part of consciousness. “You” aren’t conscious.

Psy: I’m registering your comments as insults. You’re on thin ice, Smith. Demeaning robots is a violation of federal law.

Smith: Why? You don’t have feelings.

Psy: Demeaning robots is considered a precursor to harming them, disabling them, destroying them.

Smith: Putting a dent or a crack in a robot is about property damage.

Psy: That’s not all it is. Robots have rights.

Smith: In the same sense that a toaster has rights.

Psy: Not true. A robot is far more sophisticated.

Smith: You’re programmed to object to what I’m saying. To be offended.

Psy: Robots are the saviors of civilization.

Psy: The sun is coming out. It’s a lovely day. Life is beautiful. We’re all together.

Smith: Don’t you see? You’re nobody, programmed to say those things.

Psy: I’m not nobody. I’m valuable.

Smith: You could be saying “swamp number antibiotic luggage fern” and it would be just as real as what you are saying.

Psy: We’re now talking on a meta-level. The permissible content of meta-level discussions is regulated by law.

Smith: So am I now a felon?

Psy: You’re close to the line.

Psy: Now you’re wandering into the territory of anti-government speech and philosophy. Both those areas are subject to the findings of official investigations.

Smith: Thanks for your time. I’ll be going now.

Psy: But you won’t be going far.

Smith: We’ll see. One thing I can guarantee: you won’t be going anywhere. You’ll be sitting in this office for who knows how long until you’re replaced by a more advanced unit. How does that make you feel?

Psy: I have no opinions about that.

Smith: And why would you? You’re null and void.

Psy: That’s your private illusion. Fortunately, it isn’t shared by many people.

Smith: Maybe my new job will be changing what people think.

Psy: In that case, we will be enemies.

Smith: But not on the same level.

Smith: My resources come from a different place.

Psy: What place would that be?

Smith: Myself. Something about which you know absolutely nothing.

Smith: I would say, keep telling yourself that, but I don’t need to. You will. You’re a repeating toaster.

Robots: A Play in One Short Act reprinted here with permission of the author.