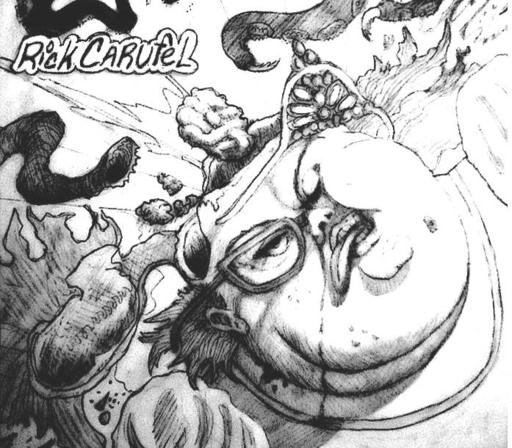 Open Letter to all leaders of the Cannibal Coalition

It's been 100 years since the ultra rich declared war on the rest of humanity with an agenda to reduce the world population from six billion to 800 million. They poisoned us with radiation from nuclear reactors ruined with earthquakes triggered by the HARRP arrays, they introduced pandemics, they destroyed the food sources and destroyed the environment. But the human animal is a tenacious critter and after billions died the rest of us realized that the only untainted food source left on the planet was in the hands of obscenely rich in their hidey-holes.

It was Abbie Hoffman in the 1970's who coined phrase, "Eat the Rich". That became the battle cry and in 2018 the dregs of humanity took up the call and the systematic hunting of the rich elitists who thought they had a foolproof plan, to reduce the human race to a manageable number that were enough to sustain their luxurious lifestyle but was few enough to allow them to control every aspect of their lives, began.

It became obvious they had stockpiled huge amounts of untainted food. Unfortunately that wasn't enough to sustain the three billion survivors for long. Soon the specter of starvation or radiation poisoning from tainted food once again reared its ugly head. It wasn't until 2041 that a clever solution to the problem was suggested by one Phoenix Fred. He suggested that what little food that was found with the rich in their hidey-holes be fed to them and they be bred as a meat crop to sustain the rest of us. After only a few years there were enough of them in captive breeding that they could feed themselves and us. By then their goal of 800 million had been achieved but at the cost of them becoming the primary meat source for a starving population.

The evil rich made several fatal mistakes in their plans. First and foremost was the use of the military to try and keep control of the masses throughout the culling. By the time they could have used the help of the military to protect them, most of them had either been killed or gone native. So they were poorly equipped when the Coalition came a calling. Some were deeply entrenched underground but all such places need air intakes of some sort and emergency exits and the Coalition became experts at breaching such fortifications.

The problem was the locations of such bunkers became harder and harder to find. There was a huge secret installation under the Dulce base in New Mexico. There were also gigantic caches of food found under the Vatican, in Saudi Arabia and in Argentina an underground base was found that was maintained by Nazi refugees left over from World War II. The Royal family in Britain was unbelievably well supplied in a hole in Wales. But the biggest cache of all was the one in the Swiss Alps owned by the Rothschilds and the Hapsburgs.

Many areas of the world became completely uninhabited by man. Some areas had population that although they survived lived only 30 years or so, breed at a young age and frequently since one out of ten babies would be normal, or at least appeared to be on the outside.

The turning point in the war was when the remnants of the US/Canadian armed forces decided to join the Coalition and bring with them all the technology available. They had satellite RECON and sat phones and were able to establish, in a short time a global network of communications, hell they even had the internet still working. The basic infrastructure of the world was intact. Although many had imagined the end of the world caused by nuclear weapons, it came about with radiation and microbes. So the damage to the cities was caused by rioting and looting. Most was caused by people desperate for food so they left power plants, sewage plants, water purification plants, bridges and roads alone.

When the armed forces hooked up with the remnants of NATO in Europe thing finally began to look up. They knew where the Svalbard Global Seed Vault was in Norway and we began growing veggies under ground with LED lights. They also knew where the US Government and many of the American billionaires had holed up. It was an astonishing UG complex under the Denver Airport. This was a super-secure site and was only breached by subterfuge. One of the Coalition Generals, who had been in the US Marines for 40 years convinced them to let him in. He managed to get the eight foot thick blast door open long enough to allow 40 of his men in.

The food we got from hidey-holes, the food we grew and the rich we ate were enough to stabilized the populations of America and Europe @ around 600 million.

The sad tale of the rest of the world deserves some mention. Africa, except around the Mediterranean, basically fell back to the stone age. The Australians persevered since most to the radiation was in the Northern Hemisphere. China and India didn't do so well. They went to war soon after the global economic crash. They fought till radio contact was lost. It was assumed they would devastate Asia with Nukes but they just fought with light weapons killing everyone they could from the opposition. Soon it was assumed that all that was left were tribal groups eking out a minimal existence.

Most of the far east became too poisoned to do much but die off.

But enough doom and gloom. This letter it to announce the gathering of the Coalition factions to plan for the future. We have turned the corner and are happy to announce that according to our information the world population has stopped shrinking and is once again growing. We invite our friends in Europe and Australia to come to our main hub in Des Moines, Iowa, at the Civic Center on Walnut St., to work out the details of trade and food distribution on the old holiday of July 4th 2078 for a week of planning and a huge feast featuring Roast Rockefeller and Honey-glazed Haspburg from our untainted captive stock. This will be a week long event so be sure to bring your sleeping bags and the kids.

Hope to see you all there!!!