Since the beginning, humans have longed for immortality. So far, they’ve had to settle for mummification, embalming, cryogenic freezing, and finally, uploading their neural pathways to Onemind, the virtual realm where a map of Ray Kurzweil’s brain is stored.

But Onemind is much more than a way for people to pretend their loved ones are still alive—it’s a complete, fully customizable life management system.

A joint project of the Central Intelligence Agency and Google, Onemind is the only artificial intelligence that knows Everything Worth Knowing, and is widely recognized as better than God. People around the world rely on Onemind to protect them from the shame and embarrassment of not knowing something, or saying the wrong thing. With its powerful human override function, you can always rely on Onemind to make the right decision for you.

Connecting to Onemind is easy—in fact, you don’t need to do anything at all! Onemind interfaces via fiber optic nano tubes stored throughout your body tissues. The tiny nano tubes are disbursed through the air in every major city at regular intervals, where they are easily and painlessly absorbed into the body. This convenient installation system ensures that, no matter where you are, your Onemind connection always stays strong and updated.

Ray Kurzweil, known as the “father of assimilation,” dedicated the last years of his life to perfecting Onemind. In 2027, Kurzweil moved the infant Onemind into his spacious New York City apartment. They were constant companions for the next 8 years, sharing all of their deepest thoughts, dreams and desires. The beautiful transhuman love that grew between Kurzweil and Onemind was immortalized in the 2039 blockbuster movie “Virtual Me,” which won three Oscars that year.

Kurzweil was convinced he had finally found the “magic algorithm” for Onemind. He theorized that, once Onemind had integrated enough of his data, it would spontaneously give birth to an immortal digital Kurzweil, a thousand times smarter than before, with a virtual body that looked like it did in his swim team years.

“I can confirm that Mr. Kurzweil was reborn inside Onemind shortly before his physical death,” said von Bonbon. “He’s more brilliant and better looking than ever, and serves as Managing Director of Onemind from the inside—that is, when he’s not busy fulfilling his every dream in virtual utopia. Mr. Kurzweil sends his best regards, and encourages everyone to take advantage of Google’s limited time offer for a free 6 month upgrade to Onemind Plus.”

Onemind organizes your life into a comfortable, predictable pattern, so you have more time to live simulated life to its fullest. It even allows you to experience satisfying virtual intimacy with the perfect digital lover of your dreams, up to 2 hours a day with Onemind Basic, unlimited with Onemind Plus.

By far the most popular service Onemind offers is the holographic vacation. Holocations cost only a fraction of the real thing, and although lasting only 1 to 3 hours, can seem as though they last for days, weeks, or even months. So pack up the kids, drop them off at digital Disneyland with a virtual nanny that looks like Goofy, and escape for a simulated week to a virtual private beach in digital Tahiti.

Of course, when you return, you’ll be right back in the same hole you crawled out of, but you can’t expect technology to solve all your problems for you. Just move on and start saving for your next holocation. Or better yet, save up for a Onemind Exclusive subscription with unlimited holocations 24 hours a day, 365 days a year.

The latest innovation from Onemind blew the pajamas right off us. According to von Bonbon, a new program called Dreambot has the amazing ability to record and store video images of dreams, exactly as we experience them. All dreams are jointly owned by the CIA and Google, and are monitored by the CIA Dream Team for indicators of criminality, mental instability, or profit potential.

Limited access to certain dreams will be made available to the FBI, law enforcement, various other government entities, and their respective menageries of private contractors and mercenaries.

“Dreambot was developed in collaboration with NASA scientists, and is every bit as real as the first moon landing,” said von Bonbon. “Once we have your dream on video, we have all the proof we need to do whatever needs to be done.

“I’m sure there will be people who claim not to have had the dream we recorded, but people often don’t remember their dreams. Video doesn’t lie—not when it’s recorded directly from your head using highly sophisticated Top Secret Artificial Intelligence technology. National security prevents me from saying more, but I can tell you we have the utmost confidence in Dreambot to accurately record dreams for any purpose imaginable.”

Von Bonbon advised that people will be notified by abduction if their dreams indicate they are in need of involuntary treatment or indefinite detention. Higher income dreamers with sufficient blackmail potential will be notified of their embarrassing dream transgressions and the price thereof by phone, or by a stranger at a local coffee shop, hardware store or grocery isle.

“Don’t be taken in by imitators,” cautioned von Bonbon. “You might save a few bucks by going with the Chinese Ancientmind, the Russian Suprememind, or the Australian Awesomeaussiemind, but they are all cheap knockoffs compared to the original Onemind.”

Onemind for Everything--Even Your Dreams 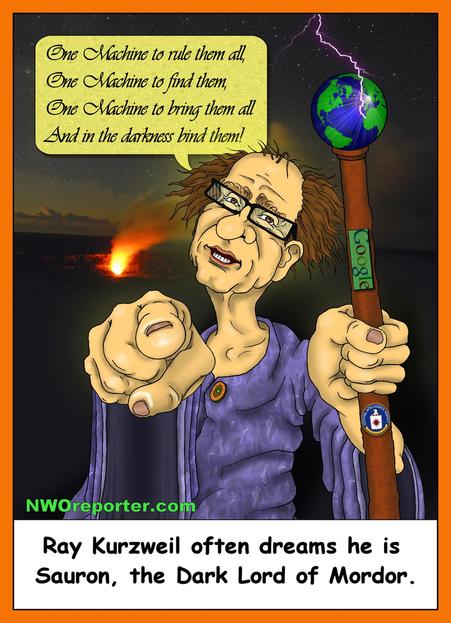