From the Great Historical Speeches File:

Obama: I am Not a Doofus 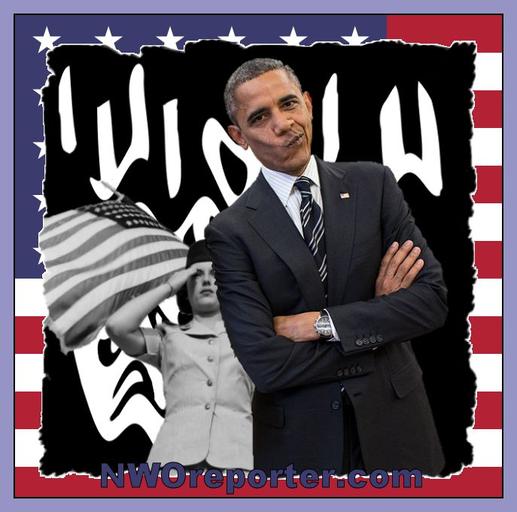 “The men behind the curtain and their front men aren’t just lying and hiding vital information. They’re inventing Reality wholesale, like a continuously running movie, for the whole planet. And they’re betting you won’t invent your own.” (The Underground, Jon Rappoport)

Suppose Obama tired of hearing his critics assail him on his foreign policy.

Suppose President Obama took time out from his busy schedule ramming through executive orders, in his last year in office, and gave the following speech about Syria—because he wanted credit for being smart and crafty, not naïve, not weak, not misinformed:

“Hi everybody, it’s high time I told you what I’ve been doing in Syria. The truth. I am not a doofus. Let’s get that straight. I’m not blind.

“First of all, I was never in doubt about who the rebels were in Syria. I wasn’t shocked when the ‘moderate’ rebels morphed into various terrorist groups, like ISIS. This was no error. This was no surprise. Give me some credit. Okay?

“My administration and several of our foreign allies helped create ISIS. I’m talking money, weapons, intelligence, encouragement. So how could I be surprised when ISIS emerged front and center in Syria? Get it? I mean, come on.

“The plan, from way back, was to destabilize Syria and overthrow President Assad. Destabilize is what we do. Egypt, Libya, Afghanistan, Iraq. It’s a long-range plan.

“Create chaos, bring in order behind that. Use Islamic proxies. There’s the Oil Thing, the Encircling Russia Thing, the Globalist Thing. Very long range, the whole idea is to erase national borders, wipe out national traditions, and institute new planetary Regions. Moving toward One Planet, and one echelon of Global Management. Am I going too fast for you?

“Back to Syria. Of course I knew some big shots in the Pentagon didn’t like my policy. I knew they were passing intell on ISIS to the Germans and the Russians, who would in turn pass it along to President Assad. I was aware of that. These Pentagon generals were staging a soft coup. Did I like that? Of course not. But I decided it was better to let it happen than, say, put these generals on trial for treason. What President wants that kind of messy crisis?

“My policy is: create ISIS, strengthen ISIS, and, wait for it, fight against ISIS. Yes, I know that sounds very strange. But leaders do that all the time. Create your enemies and then fight them. Why not? It certainly keeps the military happy. They have a war. It keeps the defense contractors happy. They have a war. And attacking the enemy we created—ISIS—ramps up the destabilizing process in Syria. Are you with me?

“Now, all this leads to the Syrian refugee crisis, because the war there is vicious. Nasty. Do you think I was surprised by the migration-refugee thing? The waves of immigrants? Again, give me some credit. I am not a doofus. This is what I wanted all along: waves of people leaving Syria and entering Europe, and now America. Wider destabilization. And yes, some of those Syrian refugees would be terrorists coming to Europe and America. Others would just be displaced persons. Others would be people who had no interest in integrating themselves into the cultures they were mixing with. Trouble makers. Criminals. Violent types. Resentful types.

“Again, the goal is destabilization and chaos. But you see, you also have to look at the acceleration of political correctness in the West. This is no accident. Timing is everything. The idea of making people afraid to speak out against the migration—this is clearly part of the whole operation. Can’t you see the big picture? Are you dim? Get with it. Big ops cover a number of areas. They’re coordinated. We’re not fumbling and bumbling. We’re smart. This is downright frustrating. I’m trying to show you how clever I am, and I’m getting the feeling you’re too simple-minded to see it.

“Consider Afghanistan. How long do you think it took Cheney and Rumsfeld and all those boys to realize the war over there wasn’t going to produce a real victory? How about They Knew That Before The US Invaded? Get it? And with the insane rules of engagement, it would be a complete disaster. So what? The war did produce more destabilization, especially here at home, with all those soldiers coming back after a few tours, their lives mangled. I digress.

“If you can just see this piece: the wave of Syrian migration was an inevitable consequence of the war my administration ramped up. I knew that all along. I knew the crazy vast migration would happen. We made it happen. Can you get that? Please? Can you just forget all the ‘give us your huddled masses’ stuff? Wow. What’s wrong with you? You pump up a vicious war, you know there are going to be millions of people packing up and getting out of that country, right? It’s no surprise. It’s what you want. You use that. You use it. You create more chaos with it. I mean, this is basic Warfare 101 material. A reasonably bright 8th grader should be able to see it in a few minutes.

“So rest easy, America. I know what I’m doing. Don’t worry, be happy. And when I finally sign the big Globalist trade treaties currently on the table, more jobs will disappear in America, and that means you’ll ultimately be more secure, because the government will bankroll your welfare and your survival. But that’s another topic for another day. It’s another area where I’ve been grossly misunderstood. For now, sit back, relax, and enjoy the show. And if you think I’m bad, watch out for Hillary.”

Obama: I am not a doofus reprinted here with permission of the author.