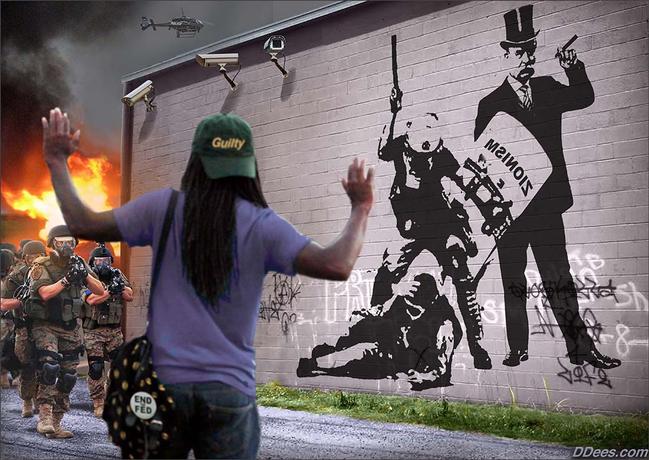 The threat to our safety posed by deadly weapons in the hands of our fellow men is a crisis we must face as a society. Too many who wield them are mentally unstable, distracted, have poor hand-eye coordination, or are just plain too drugged up or drowsy to be trusted. It’s a pervasive threat that has reached epidemic proportions, and no one is safe.

It seems our world is filled with very real and terrifying threats posed by other people, but one particular weapon they wield stands out as the most deadly: cars, and their subversive cousins, motorcycles. Moving vehicles in the hands of private citizens kill an average of 89 people every day in the U.S. alone. And that's not even counting the hundreds of innocent pets and wildlife who needlessly lose their lives to this malignant wheeled plague on society.

More regulation has been tried for years, and failed--what is needed are outright bans to protect the vulnerable. There can be no reasonable expectation of personal safety when anyone with a few dollars and half a brain can obtain a vehicle, register it with the proper authorities, and pass a driving test. The number of vehicles infesting our streets and highways is increasing at a terrifying rate, rolling into our cities and towns like a dark cloud of death.

Even more terrifying, cars and motorcycles today are far more powerful and deadly than the ones our grandfathers drove. Many are capable of mowing down multiple innocent people in a fraction of a second in the hands of a psychotic loner, distracted cell phone user, or heart attack victim.

A powerful government, although recognized as the biggest killer throughout human history and up to the present day, has an excellent safety record when it comes to moving vehicles. Statistics show that almost all deaths by government are accomplished using guns, drones, bombs, chemicals, embargos on the necessities of life, collusion with insurgent groups like ISIL, and back room deals with powerful international corporations that care only for their own power and profit. Its stellar moving vehicle safety record makes government the obvious wise choice to implement the new vehicle ban.

Soon, our streets and highways will hum with super-safe, super-green smart trains, guarded day and night by armed security forces, impenetrable guardrails, and the soothing protection of ever-watchful surveillance cameras and microphones.

Remember, the government cares deeply about your personal privacy. All surveillance footage will be held in the strictest confidence and made available only to law enforcement, the FBI, the NSA, the CIA, and any local, state or federal agencies that request it. For national security reasons, it won’t be available to you, so don’t bother sending any FOIA requests or subpoenas.