The Law as a Behavioral Instrument --

Part 1:  Blueprint for a Compliant Nation

September 26, 2042
Some of you may be saying to yourselves:  "Law...as a behavioral instrument?  I thought laws were just there to give lawyers a job, and generate government revenue from fines and forfeitures!"

Of course law serves those purposes, but it also does so much more.  The law, along with its partner, psychology, are two of the most important social design tools in the global oligarchy toolbox.

In this first part of The Law as a Behavioral Instrument series, we'll take a look at the role of law and psychology in the architecture of nations.

In the United States, the initial blueprint was laid out in the U.S. Constitution, the supreme law of the land.

The technique of nation design has been slowly perfected over many centuries by trial and error, and more recently, by research on the effects of various cage designs on rats.

Studies have shown that rat cages can be designed in different ways to create very different types of rat societies.  Some designs create egalitarian rat societies, while others create societies of rugged individualist rats.  The discovery that certain cage designs produce rat societies that are sharply divided into drone and aristocrat classes was a true "ah-ha!" moment.  It's the kind of civilization every Globalord throughout history has dreamed of:  compliant drone masses, meekly following orders from a small ruling class.

The major obstacle to creating such an ideal society is this:  The drone class must perceive the social structure as fair; if they don't, they won't comply with it, and therefore won't be good drones.  Historically, the only ones who consider a drone-aristocrat society fair are the aristocrats.

This principle has been illustrated time and again throughout history.  For example, in 18th century England, laws were passed that were designed to rid the nation of as many superfluous undesirables as possible, by imposing a penalty of death for 320 different crimes.  Unfortunately, jurors didn't view the penalty as fair, and simply "nullified" the laws by refusing to convict many of the accused.

But the rat cage experiments gave rise to a revolutionary idea:  what about starting with a society that almost everyone considered fair, then transforming it into the ideal drone-aristocrat society very slowly and gradually, so nobody noticed?  The United States provided an ideal testing ground for this exciting new theory.

The U.S. Constitution divided the federal government into three parts:  the executive, responsible for enforcing laws; the legislative, responsible for making laws; and the judicial, responsible for interpreting and adjudicating laws.  The idea was that the three parts would keep an eye on each other and make sure none of them stepped out of line -- known as a "checks and balances" system.  The Constitution strictly limited the role of the federal government to matters that were considered absolutely necessary to preserve the union of states.

The addition of the Bill of Rights prohibited the government from infringing upon rights of citizens that were considered natural, or inherent, such as the right to privacy, free speech, freedom of association and religion, the right to keep and bear arms to defend against a tyrannical government, and so forth.

Although there was always a taste of the drone-aristocrat flavor in the U.S., most people who hadn't been corralled onto reservations considered the system a fair one, especially after the definition of "citizens" was expanded to include poor men, people of color and women, in addition to propertied white males.
Once the people had come to take the fairness of the general setup for granted, the slow transformation to a full-blown drone-aristocrat society began.

Gradually, the power and reach of the federal government expanded through mutual cooperation between the three branches of government.  Each branch exercised great care to preserve the outward illusion of checks and balances, while secretly plotting the course of the future oligarchical wonderland together, working closely with powerful heads of industry, shadowy international bankers, and leaders of the media, entertainment, science and medical cartels.

Over time, courts gradually expanded the meaning of the original limited laws, like the commerce clause of the Constitution, until finally the federal government could do just about anything it wanted to.  Massive amounts of cryptic new laws and regulations were written, so confusing that even lawyers argued constantly about what they meant.  The only thing they really agreed on was that none of them applied very often to anyone above a certain income level.

Occasionally, the Supreme Court held spectacular performances that included oral arguments from all sides, and detailed written opinions that made it seem as if the ultimate outcome wasn't a foregone conclusion from the beginning.

New federal departments and committees were formed up the wazoo, staffed by hoards of exceptionally compliant citizens with a penchant for pleasing authority, and a cherished desire to lord it over their fellow man.

Constant fear was utilized as a powerful means of overcoming reason among the citizenry.  Major leaps forward toward the drone-aristocrat dreamland were accomplished by orchestrating a never-ending series of catastrophic events, then proposing solutions which would never have been considered fair or reasonable under ordinary circumstances.  Hypothetical pandemics, each more potentially deadly than the last, prompted citizens to eagerly line up for quarantines and injections of any experimental concoction imaginable.  Shooting sprees had citizens demanding an end to the right to bear arms.  Illusive terrorists of every flavor caused the populace to throw all expectations of privacy out the window in a desperate scramble to "stay safe".

Finally, by the end of World War III, the ideal drone-aristocrat society was nearly complete.  What had once been a nation of rugged individualists, fiercely proud of their freedom and self-reliance, had transformed into a glorious mass of compliant consensus, with everything to fear and nothing to hide.

It was a world that would have been the envy of Caesar. 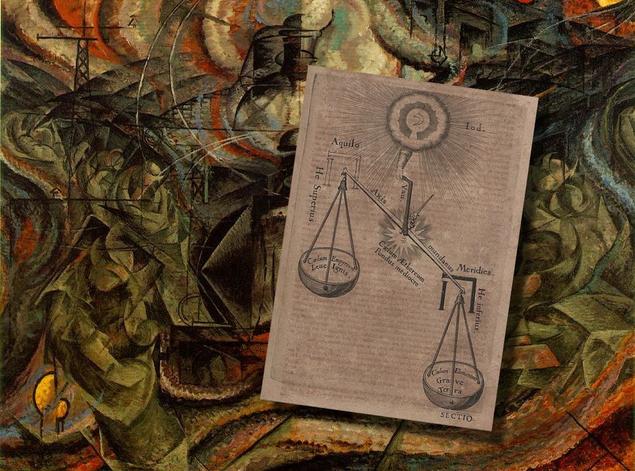