A Key Conversation about the Machine 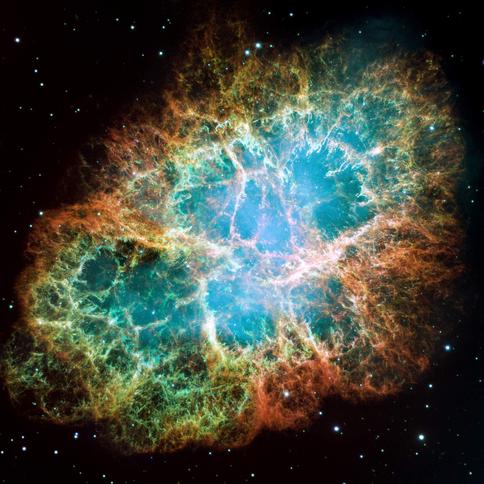 On September 20, 2046, John Jones, an employee of Homeland Security, was ushered into the office of X, his new boss. The two men sat across a desk from each other and had the following conversation:

X: The machine runs. Do you dispute that?

Jones: Of course not.

X: And what does the machine do?

Jones: By presenting what we decide is the truth.

Jones: The machine presents the consensus.

Jones: The machine invents the consensus.

Jones: The machine states that there is a consensus.

Jones: The machine states that there is a consensus when there isn’t.

Jones: The machine invents a consensus we favor, states that it exists when it doesn’t, and widely broadcasts its existence.

Jones: And what is my new job?

X: Protecting the machine from outside attacks.

Jones: And how do I turn back these attacks?

X: By discrediting the attackers.

Jones: For example, last year, when we had the former senator committed to a mental hospital.

Jones: I understood my new job was a major promotion. What you’re asking me to do sounds too easy.

X: You’ll supervise 20,000 men and women who work at discrediting our critics.

X: Among those 20,000 you’ll find infiltrators and incompetents.

Jones: When I find them, what should I do with them?

X: Feed their minds into a sub-section of the machine that evaluates their threat levels.

X: Have your people shore up the walls between that sub-section and the central operating core of the machine.

Jones: There is a problem?

X: The machine is sometimes perplexed and swayed by the contents of these outlier minds.

Jones: But the machine is already programmed to do what it does.

X: The machine is not perfect.

X: A few of the original programmers were infiltrators. They did very complex work. The machine is very complex.

Jones: There are viruses?

Jones: Are you part of the machine?

X: I’m intimately connected to it.

Jones: Now that I’m in this “rarified” atmosphere, I feel compelled to tell you: I’m an outlier and a rebel. I’ve been working here at HS for almost two decades. Surely, you’ve discovered this about me.

X: Of course. That’s why we need you. You’re uniquely qualified to find ways in which the machine is counter-programmed.

Jones: But how do you know I’ll be honest in my reports?

X: Because we know you’ve been slowly coming to believe in us. You’ve been changing your mind.

Jones: True. But I don’t understand why I’ve been shifting my allegiance.

Jones: I can’t deny the attraction.

X: It happens. A part of the mind loves order.

Jones: I’m caught in the middle. Another part of me rejects it.

X: Again, this is why we need you. You’re the messenger between rebellion and acceptance. You can handle both sides of the equation.

Jones: A long time ago, I was like a wild lion in the streets.

X: Yes, but since then you’ve refined your sensibilities. You’re on the fast track now, Jones. The sky’s the limit. One day, you could rise to the Presidency.

Jones: The Presidency of what?

X: The President must have a little of the rebel in him, to go along with his passion for order. The rebel gives him energy. It connects him with the people, who will never entirely surrender their resistance to us.

X: And I’m serious. You live in two worlds. You’re the rare exception. We accept that balance in you. We want it. It’s not easy to find.

Jones: Do I have to continue to ramp up my love of order?

X: You don’t have to do anything. Just keep going. You’re engaged in a struggle with yourself. We need that quality.

Jones: I can’t believe this is happening.

X: You don’t have to believe it. Events are going to unfold. You’ll be part of them.

Jones: What about the consensus? Is it planned to contain flaws?

X: No. But the flaws are unavoidable. We want to manage them.

Jones: Why are you telling me all this? Why do I need to know?

X: Because we’ve decided it’s good for you to understand you’re supported.

Jones: It does make me feel better.

X: Of course it does. Everyone likes to know he’s supported. It’s a major plus. It helps you to carry on.

Jones: Knowing I’m supported could change the balance of my feelings and thoughts.

X: It undoubtedly will.

X: It changes the equation, but not drastically.

Jones: What is it like to accept perfection completely? I’ve always wanted to know.

X: It’s wonderful at first. Then it becomes ordinary over time.

Jones: That’s not a strong recommendation.

Jones: Will you work for me one day?

X: It’s quite possible. I would enjoy that.

X: Because, once upon a time, I was you.

A Key Conversation about the Machine reprinted here with permission of the author.