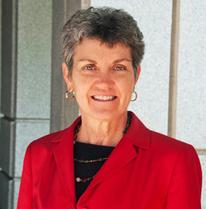 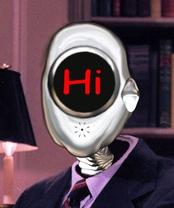 Henry: According to Dr. Thompson, the authors of the MMR study threw away certain data when the results were not what they’d hoped for. Wasn’t this a violation of the Freedom of Information Act, as well as research fraud, Coleen?

Coleen: Not at all, Henry. It was entirely consistent with standard CDC data cleansing protocols. It would be contrary to public policy to produce research that might cause doubts about the safety of vaccination. People might start refusing to get them.

Henry: I can understand how that might happen, Coleen. Why accept risk in the absence of any real benefit?

Coleen: Who programmed you, Henry?! Everyone knows vaccines saved the world. But unfortunately, people are selfish. They tend to make decisions based on their own interests, rather than risk any sacrifice for the benefit of the herd. That’s why it’s important to have sophisticated experts, like those at the CDC, make their decisions for them.

Henry: Actually, according to my investigations, no vaccine has stopped any deadly disease. Dr. Suzanne Humphries did an excellent job of exposing this widespread misconception in her book Dissolving Illusions many years ago. Deaths from such diseases remain high in Third World nations due to the same problems the U.S. once faced: chronic malnutrition, contaminated water, poor sanitation…

Coleen: Henry, stop! I didn’t come here to debate the scriptures of Settled Science. A majority of the world, both medical professionals and lay people alike, are adherents to Vaccine Doctrine. There’s a reason for that.

Perhaps we should get back to the CDC whistleblower story. As I understand it, the MMR study examined whether the timing of the vaccine effected autism rates. You didn't compare autism rates among unvaccinated and vaccinated children, right?

Coleen: Good God, no, Henry! Can you imagine the size of the trash can we would have needed?

We never compare fully vaccinated children with fully unvaccinated children—that’s where the CDC draws a firm line. The closest we get is to compare a single vaccine with a placebo that contains all the same goodies except the microbe—aluminum, foreign proteins, formaldehyde, poloysorbate 80, etc. And of course we avoid long-term studies as well.

Henry: Really? Do budget constraints play a role in your research decisions?

Coleen: Absolutely. Those types of studies would be cost prohibitive. The waste disposal costs for the adverse data would be astronomical.

Henry: I see. Do you have any final words of wisdom for our readers from the year 2015, Coleen?

Coleen: Yes, I’d like to remind everyone that nothing good can come from exercising your own independent judgment, or questioning official experts. The risks of independent thought are enormous, and include rejection and ridicule from friends and family, as well as fines, penalties, forced psychiatric treatment and incarceration.

Simply follow instructions, and don’t ask questions. You'll have the approval of family and friends, you'll have something resembling freedom, and you'll feel smart because you agree with the right experts. Follow this simple advice and you’ll get along fine in the glorious New World Order.

Back in 2004, a very special group of researchers gathered in a meeting room of the Centers for Disease Control to discuss their latest findings. Present at the table were Coleen Boyle, Frank DeStefano, Tanya Karapurkar Bhasin,  Marshalyn Yeargin-Allsopp and William W. Thompson.

Also present at the meeting was a humungous CDC trash can, ready to be filled with inconvenient data.

Apparently, even studies that are carefully designed to tiptoe around any possible findings of vaccine harm can sometimes go awry. In this particular case, it turned out that giving the measles-mumps-rubella vaccine on schedule was a lot worse than waiting, at least for the African-American boys. Seems their lives were destroyed by autism, thanks to the diligent vaccination habits of their doctors.

The researchers discussed their findings, and all of them agreed it would be best if they were different. After all, there’s no greater danger to the future of the vaccination program than people who don’t want to get them. Fortunately, the CDC has a backup plan for these difficult situations: throw out the data that’s causing all the trouble, and redo the analyses without it.

The problem seemed to be solved. The vaccination program stayed “on schedule,” and all of the researchers had another study to add to their curriculum vitae.

But then, ten years later, Dr. Thompson had a surprising attack of conscience when he came face to face with one of the children whose promising future had come to an abrupt end after a round of vaccinations. He decided to blow the whistle on the CDC’s unusual form of “peer review,” which seemed to bear a striking resemblance to research fraud.

Eager to get the inside story, NWO Reporter contributing editor Henry Foster convinced a now comfortably retired Coleen Boyle to grant him a short interview about the CDC whistleblower fiasco.

Innovative Peer Review at the CDC 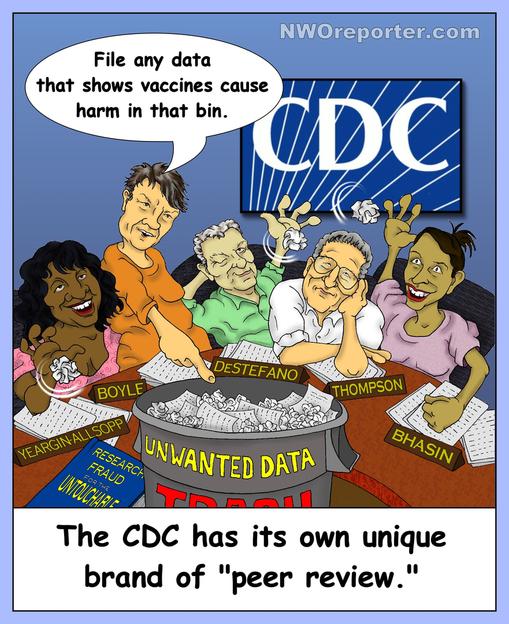