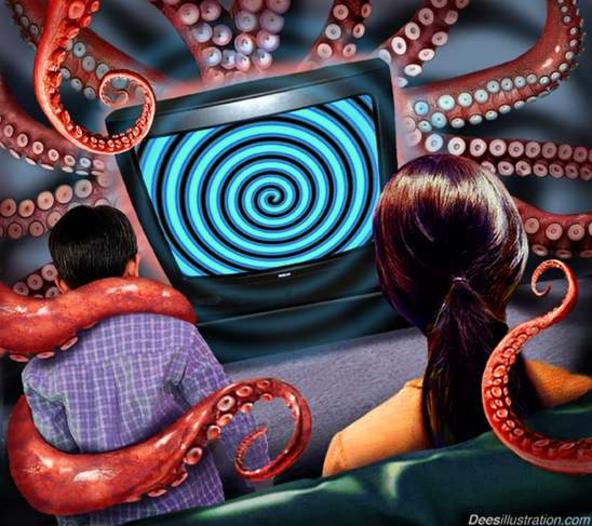 Announced this morning in a statement from the CDC, ITS (Independent Thinking Syndrome), the most pressing threat to public health since the Swine Flu panic of ’09, is on the verge of being conquered.

Experts say that ITS costs the economy billions annually in lost revenue and productivity as more and more of those afflicted walk away from corporate jobs and traditional retailers.  But the toll is also personal.  Just ask Denise Sanders, whose soon to be ex-husband Jim left his lucrative career as a mortgage banker shortly after contracting ITS.  “First he stopped following politics, even quit watching the news.  Then one day he came home and said he’d quit his job so that he could pursue his dream of making pottery. His bowls don’t even look like bowls! We lost the Lexus, for Christ’s sake.”

There are hidden costs as well.  Sociologist Elaine Blow of Stanford has released a new study that shows the deeper ramifications of this frightening disease. The Blow Study states, “As ITS progresses, its sufferers become unable to participate in life as we know it.  The disease causes the victim to remove their focus and energy from the shared beliefs that form the pillars of modern society, weakening the very foundation that supports our common purpose.  If this threat were allowed to become an epidemic, civilization as we know it would be transformed.”

The scientific community has been working tirelessly to develop a solution.

According to Moonflower Rhys-Menendez, spokesmodel for Eli-Glaxo-Citigroup-Novartis,  “Initially we focused on developing drugs that could treat ITS after onset – up to Stage 4.   But after spending $40 billion and 12 years developing Psychiatric Chemotherapy (PC), and another 332 million dollars on FDA fees to ensure speedy approval, we realized that there was no way to recoup our costs.  Despite numerous multimillion dollar marketing campaigns, those infected with ITS were simply failing to seek medical intervention.  One of the primary symptoms of the disease is that the victim develops the delusion that they are healthy, which makes the illness all the more insidious.  So we switched our focus to prevention and started working toward a vaccine.”

After raising awareness through the Beige RibbonTM campaign and “Hoveround For The Cure,” where over 75 million Americans turned out September 11th to raise an impressive 4.7 billion dollars by riding electric scooters around Walmarts nationwide, the dream of mandatory mass vaccination will soon be a reality.

As part of a an international push by the World Health Organization to rid the globe of ITS by the year 2050, an always fresh-looking 68 year-old Angelina Jolie rolled up her sleeve to be vaccinated live on camera to show support for the program, although it was largely symbolic as she clearly shows signs of natural immunity.

Through the National Emergency Broadcasting System, Dr. Robert Gallows of the NIH appeared live on every digital device in America to alert the populace to the vital need for immediate mass vaccination. “Unlike most communicable illnesses that spread according to known patterns, ITS has a much more frightening and unpredictable vector of transmission.  It appears that this menace to public health can develop spontaneously – no contact with the infected is necessary.  In fact, we have discovered that it is most likely to take hold in those who spend unhealthy amounts of time outside of group activities.”

Total immunity is expected to be gained after a series of 3 injections, supplemented with annual booster shots.

As the nation prepares to breathe a collective sigh of relief, the Department of Health and Human Services issued this warning to help slow the tide of this debilitating and life changing illness:

“To prevent sudden onset ITS, experts strongly recommend that every American spend as much time as possible in groups, committees, meetings, public rallies and of course major sporting events until the National Door-To-Door Vaccine Initiative is underway.”