The End of the Mass-Vaxxer Movement

Richard Pan is a former California legislator and former pediatrician who gained notoriety 28 years ago in 2015 for submitting a bill in the California legislature that would have terminated parental rights to medical choice, while forcing a long, open-ended list of vaccines on all children in the state. Nearly identical bills were submitted simultaneously in states across the country that year in what later proved to be a massive, illegal collusion between the federal government and the vaccine makers with the goal of terminating the rights of vaccine refusal for parents called the vaxgate scandal. Pan granted this reporter a rare interview from his apartment in Copenhagen, Denmark.

Richard Pan has lived in exile for the past 27 years in Denmark where he lives next door to former vaccine researcher Paul Thorsen. Pan and Thorsen both remain on the list of most-wanted fugitives by the Department of Health and Human Services Office of Inspector General. Thorsen is wanted for research fraud and embezzling more than a million dollars from the federal government. Pan is wanted for fleeing the United States following his indictment in the vaxgate scandal. Due to its history of refusing to extradite former vaccine criminals, Denmark became a legal haven for more than 100 indicted mass-vaxxers following the revelations contained in the 2017 vaxgate report.

Pan and hundreds of public health officials and legislators were indicted that year for using their public office to promote vaccines which were already known at the time by the federal government, professional medical organizations and the vaccine makers themselves to be toxic, clinically worthless, and highly disruptive to children’s immune systems.

We asked the former pediatrician/politician about his legislative activities that led to his indictment and exile.

“Well, none of us at the time had any idea that trying to force vaccines on everybody would actually end up bringing down the whole CDC and the entire federal mass-vaxxer apparatus. It really was the beginning of the end of the mass vaccination era,” he said.

The CDC was the federal agency called the Centers for Disease Control. Its sole function was to promote mass vaccination for a huge number of childhood infectious diseases and sexually transmitted diseases in the now thoroughly discredited mass-vaxxer public health effort. Strong opposition in 2015 to Pan’s bill in California, which would have granted the government complete and unconditional authority to force any medicine it wanted to on every single child in the state, soon snowballed into startling exposés of the massive fraud and rampant rigged studies that were necessary to prop up the vaccine program before it ultimately collapsed under its own weight. The CDC was officially shut down in late 2018.

The vaxgate scandal indictments were rolled out in 2017 and continued for two years, detailing frank violations of the Nuremberg Code, wholesale ignorance of the principles of the Geneva Convention, and complete disdain for traditional medical ethics.

Pan and other accused public health leaders at the time tried to invoke the defense of having simply followed the lead of the CDC. Since it was the CDC itself that carried out the falsification of safety data, and it was the CDC that covered up the link between vaccination and autism spectrum disorders, why blame the doctors who were just carrying out government orders?

“We were just going with the program. I hadn’t been practicing medicine for several years when I introduced that bill. Sure, I accepted plenty of money from CDC government grants and Merck to promote vaccines, we all did. There was so much vaccine money floating around, it was unreal. I didn’t know anything at the time about the toxic ingredients in the vaccines being injected into all those kids. I wasn’t vaccinating my own kids because they had medical exemptions. I had no idea how many vaccines were even on the list, much less what they were for, and I had no idea there were hundreds of vaccines in the pipeline soon to be approved by the FDA to get rubber-stamped right onto the list,” Pan said.

We asked Pan why he chose to introduce the forced vaccination bill just one year after his other bill had already become law and made it extremely difficult for parents to opt out of vaccines.

“Merck and the rest were too greedy and I went along with it. We should have just settled for the 98% vaccination compliance rate we had already achieved and just let the vaccine refusers go their own way since we all knew they didn’t make any difference anyway. Instead, when we pushed the idea of the government forcing all the same vaccines on every single kid no matter what the parents wanted, it just got too many people asking questions. This created a huge opportunity for the parents to bring everything out into the open: the blatant scientific fraud at the CDC, the faked testing at Merck, the kickbacks all around, and the ruined careers of doctors who tried to sound an early warning about vaccines. The whole mass-vaxxer effort was a hoax that completely fell apart once the true history of vaccines and the pre-manipulated evidence was out in the open,” Pan said. “Most of us were clueless at the time of just how rotten the whole thing was from top to bottom,” he added.

Pan says that in retrospect, he feels little remorse for his historic role in the whole vaxgate scandal, because ultimately he helped bring it all down. The vaxgate report describes the mass-vaxxer effort as “government mandated, ritualized pharmaceutical poisoning that included carcinogens, neurotoxins, and immune disrupting foreign proteins being repeatedly injected into millions of children for virtually zero clinical benefit, systematically robbing the health and ruining the lives of thousands and thousands of children and their families.”

“If I hadn’t taken the money and tried to help the mass-vaxxers get their way at the capitol, somebody else would have. I was just in the wrong place at the wrong time serving the wrong masters,” said Pan. 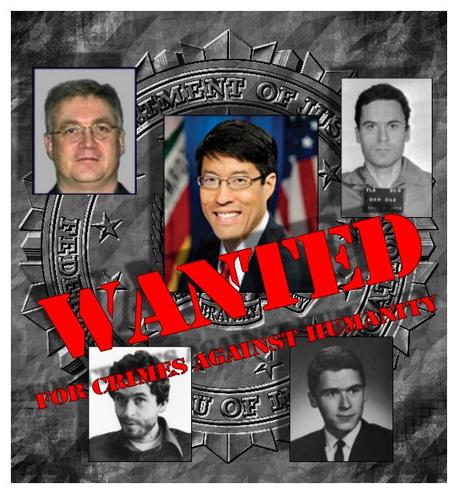