'Anti-Chip' Parents Should Go to Jail

Your family's right to freedom ends where the New World Order begins.

Twenty-eight years ago, in 2015, I wrote a controversial column in which I expressed the opinion that parents who don’t vaccinate their kids should go to jail.  Even though I was attacked by all sides of the vaccine debate as a result, I’ve never regretted it.  It was the firestorm that ignited my successful career as a mouthpiece for the only people who really matter:  the medical cartel and their comrades in the global cabal.

Since that time, I’ve written a number of blockbuster articles to further the globalization mission and fund my tony home in the Hamptons, including The Insidious Threat of Nutrition; Why People Who Question Their Doctors are Terrorists; and Cancer: Searching for Causes is a Red Herring.

Today, the world is facing an even more terrifying threat than parents who selfishly let their children get normal childhood diseases, just to ensure them lifetime immunity and protect them from unnecessary toxic exposure.

Across the nation, citizens who refuse to be microchipped are wandering at large, with their whereabouts and activities partially unaccounted for by the global control grid.  Even worse, many have refused to microchip their children, abusively depriving our most precious resource of oneness with the global community, and stupefying microwaves inundating their brain.

The recent entirely preventable California outbreak of independent thought has now infected more than 70 people.   With perhaps hundreds more exposed to the dangers of freedom, the outbreak will likely continue.

As the disease of free thought spreads, experts will debate how we should respond, and what to do about the anti-chip movement that is largely to blame for the chaos infecting our global community.   Likely, all we'll agree on is better outreach to parents.

That's not enough. Parents who do not microchip their children should go to jail.

In the year 2043, it is amazing that anyone in the North American Union has to remember their own passwords, monitor their own bank accounts, or make independent decisions about health care.  The Centers for Disease Control and Prevention reports that an end to the festering plague of independent medical decisions was firmly in sight by the year 2010, when the Patient Protection and Affordable Care Act was passed.  Today, however, because of ignorant “anti-chippers,” imperfect control over standardized vaccination and medication schedules for the masses is staging a comeback.

Anti-chippers often claim the right not to put “mind-control devices” in their children's bodies.  That is ludicrous.  A mountain of data has demonstrated that microchips are evolutionarily inevitable.  Insisting otherwise is akin to believing that the crime of 9-11 was used as an excuse to destroy freedom and privacy.

A more serious objection is that, like birth control, those with religious objections should be exempted.  But, let’s remember that civil rights go both ways.

Microchipping is perhaps the most critical component of a complacent and compliant world order.  Free thought can infect the minds of others for years after an infected person disseminates it.  And free thought is not a minor infection.  The World Health Organization (WHO) reports that before widespread microchipping began in 2019, millions of people were using the uninhibited power of their imaginations to destroy carefully laid plans for world domination by the global cabal.  Thousands of unchipped people continue to spread the plague of individual freedom every day.

Put simply, no person has the right to threaten the New World Order.  Like people drunk on the power of their own minds, the unchipped pose an imminent danger to others.  They pose a lethal threat to the most vulnerable:  those who have not yet received their chips, and those whose minds are not yet irreversibly quelled by the onslaught of propaganda and toxins to which we are exposed every day.

Anti-chip parents are turning their children into little walking time bombs of individual freedom.  They ought to be charged for endangering the global oligarchy.

Because humans are the primary natural host for the virus of free thought, the global oligarchy hopes to eradicate the disease from the planet, just like privacy.  This noble mission has been greatly compromised by subversives such as Paul Craig Roberts and Jon Rappoport, who have spread the message of resistance to centralized control to millions.  They have the blood of our global overlords on their hands.

It is time to end this insanity of individual freedom.  Though jail sounds drastic, it could be the only way to send a strong message about the deadly consequences of failing to microchip children.

Alex Berezow, founding editor of RealUnclearScience, is a member of USA TODAY’s Board of Contributors and co-author of Science Trumps the Mind.

Befuddling disclaimer:  This article is satire.  Any resemblance to an article Alex Berezow may write in the future is purely coincidental, since it hasn't been written yet, and besides, if such an article were to be written, the NWO Reporter would have a preexisting copyright.  Confusing, yes.  Impossible, no. 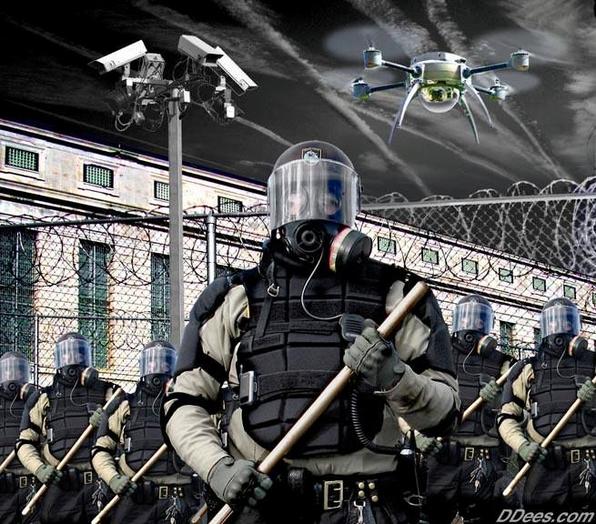