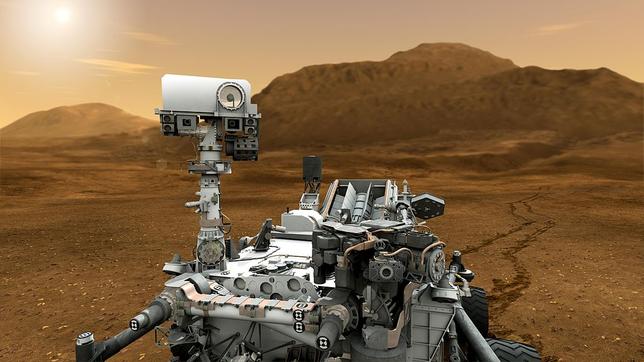 In case anyone doesn’t grasp the significance of the date, January 5, 2046, this is a work of fiction. However, it is fiction with a point.

To repeat: A difficult situation has emerged. This is the first confirmed, real-time, live landing of a space vehicle on Earth. We have video. The sole occupant is humanoid and speaks English. He and his ship are under guard in the desert outside XXXX.

He states he represents no one. No planet, no solar system, no government, no federation. He calls himself an explorer.

The occurrence of the landing itself is difficult enough, but the possibility this creature is acting on his own raises several troubling points. He could gain sympathy from the population. He could awaken, among the population, a dormant sense of the power of an individual. He claims he built his own ship and piloted it here over the course of roughly 40 years, using self-configured means of navigation.

He claims he set his sights on Earth because we still have people who think and act independently of large groups and organizations. This in itself is a problem, as I’m sure you can understand.

Under no circumstances could we allow the creature to set out on a “fact-finding” mission to discover such independent people. What would he say to them? What encouragement would he give them? What alliances—outside the scope of our governments—might he forge? Is he some kind of “populist?”

We have used every possible test to confirm the creature’s identity. Genetic assays reveal he is not an “Earthling hoaxer.” He comes from somewhere outside this planet.

He is aware of the founding documents of the American Republic. He quotes long passages. How is this possible? We have no answer. The creature is not forthcoming on this score.

Everything is on hold, awaiting a decision from above.

Efforts to beam him with “group-think” programming have failed. To our consternation, he informed us he is immune. He’s somehow quite aware of our covert attempts at mind control.

Should we terminate him, destroy his ship, and bury the remains deep in the sand? So far, this is the consensus among personnel on the scene.

Write the whole thing off as a one-time occurrence, and hope and pray it doesn’t happen again.

On the other hand, we don’t know what defensive (and offensive) capabilities he possesses.

He has given us a written message to pass along. It is an exact copy of the Declaration of Independence. This was startling, to say the least.

On the surface, he seems friendly, even happy. He speaks English perfectly—including colloquialisms. In the initial interview, he stated: “The CIA believes it owns the office of the presidency, right?” Quite a shocker.

Advices and orders soonest would be appreciated.

Our provisional assessment: the creature is quite dangerous; he could cause grave harm; he should have no contact with the public. Our entire enterprise is threatened by [message cuts off at this point]—